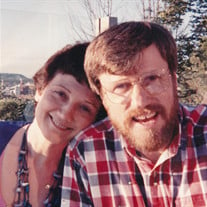 Susan Kay Verry, of Bellingham, WA, died on Tuesday, August 20, 2019. Susan was 78, born on June 17, 1941 in South Bend, IN as the only child to Nanci (Curtis) and Bruce Manley. Susan grew up in Fredonia, NY, and attended undergraduate college at St. Lawrence and New York State at Fredonia, graduating with a B.A. in English. Susan went on to teach high school English and Drama in New York. She later earned her Master’s Degree in English at the State University of New York at Fredonia, and a Masters in Social Work from the University of Washington. Susan was an accomplished therapist, receiving recognition as the runner up to the Whatcom County Business Woman of the Year in 1988. An ardent humanist and feminist, Susan’s passion was working with women as a teacher and counselor. She appreciated and valued the people she worked with a great deal and she missed them when she was no longer able to work. Susan was preceded in death by her two sons, Jeffrey and Michael Verry and is survived by her husband of 43 years, W. Douglas Uhl; daughters, Danette Smith and son-in law Matt Smith, and Angela Uhl and son-in law David Hirsh; and former daughter in-law Sally Yorkston; four grandchildren, Jacob Hirsh, Hana Barbo, Sara Johnson, Natalie Johnson, and one great granddaughter, Madelyn Barbo. There has been a change of venue and Susan’s family is holding a public celebration of her life on Saturday, September 14, 2019 at 2:30 p.m. at Westford Funeral Home. You are invited to join and bring your memories of Susan; casual attire is encouraged. In lieu of flowers, donations are preferred to Mt. Baker Planned Parenthood online at www.wearepp.org/givemtbaker or by mail at 1509 Cornwall Ave., Bellingham, WA 98225. You may share your memories and at www.westfordfuneralhome.com.

Susan Kay Verry, of Bellingham, WA, died on Tuesday, August 20, 2019. Susan was 78, born on June 17, 1941 in South Bend, IN as the only child to Nanci (Curtis) and Bruce Manley. Susan grew up in Fredonia, NY, and attended undergraduate college... View Obituary & Service Information

The family of Susan Kay Verry created this Life Tributes page to make it easy to share your memories.