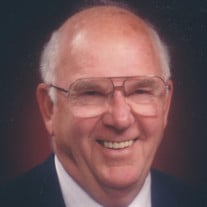 On Saturday July 7, 2018, Wallace K. Green passed away peacefully, surrounded by his family. He was born on November 4, 1930 to Floyd and Ethel Green at Swedish Hospital in Seattle, WA. Wally’s father, a fisherman, moved to Bellingham in 1934 with his family to be closer to the fishing grounds. He graduated from Bellingham High School in 1948, where he was the Student Body President and Captain of the varsity basketball team. Wally attended Western College (now WWU), and then followed in his father’s footsteps into the fishing industry. He bought his first boat in 1952 and never looked back! Wally loved his work and fished for 50 seasons in Alaska, Puget Sound and California. Wally had three children by his first marriage to Kay: Cindy, David, and Kellie. After several years, he was remarried to Beatrice “Bea” Bailey, who had two girls, Lizette and Denise. Wally and Bea were married for 16 months when Bea passed away. Subsequently, Wally adopted the girls and became an active single parent. A few years later, he was remarried to Delight, who had two sons, George and Marty Mundell. There again, Wally embraced the raising of additional children; he remembers being both the youngest AND the oldest parent in the PTA. In 1990, Wally married Mozelle Burr, a recently widowed, much loved teacher at Lowell School. They were married for 28 years, until his passing. Wally made all of these people into a loving family and thoroughly enjoyed his children as adults. Wally was accomplished in all of his pursuits and even patented a new product in the last year. Starting as a young fisherman, Wally gave jobs to young men who used their earnings to pay for college and advanced degrees. He was the President of the Puget Sound Purse Seine Vessel Owners Association, the US Fisherman’s Representative on the International Pacific Salmon Council and lobbied in both Olympia and Washington D.C., representing the interests of commercial fishermen. Although highly competitive, Wally was best known as a most honorable fisherman. Wally is survived by his wife Mozelle Green, his children Cindy Davis, David Green (Barbara), Kellie Green, Lizette Custer (Terry), Denise Davis (Dan), George Mundell (Katie), Marty Mundell, 9 grandchildren, 7 great-grandchildren, and his brother Richard Green (Virginia). They all have been blessed to have had Wally in their lives. Wally’s Memorial Service will be held at 11:00 AM on Friday, July 13th at Westford Funeral Home, 1301 Broadway St. in Bellingham, immediately followed by a Celebration of Life reception with sharing time at the Squalicum Boathouse, 2600 S. Harbor Loop. In lieu of flowers, please consider a donation to either The American Red Cross or the Lighthouse Mission. You may share memories with the family at www.westfordfuneralhome.com.

On Saturday July 7, 2018, Wallace K. Green passed away peacefully, surrounded by his family. He was born on November 4, 1930 to Floyd and Ethel Green at Swedish Hospital in Seattle, WA. Wally&#8217;s father, a fisherman, moved to Bellingham... View Obituary & Service Information

The family of Wallace Keith Green created this Life Tributes page to make it easy to share your memories.