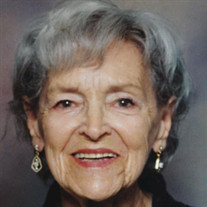 Virginia Mary Gooding was born to Henry and Mary Brokaw on Feb 9 1924 in Bellingham,Washington. They lived in a house on East Maplewood in Bellingham while Henry worked at the coal mine as an engineer. Virginia attended local grade schools and Junior High, and graduated from Bellingham High School. When the coal mine closed Henry and Mary bought a farm near Lynden, Washington where Virginia and her younger brother, Henry Jr., lived for a time. Virginia moved to a small apartment on Garden Street in Bellingham and got a job at a photography shop developing film. She happened to notice a particularly handsome man was featured in a number of photographs of mountains and hiking trails. At a dance one night, she met this young man who was a member of the band. His name was Harvey Gooding and that dance eventually led to marriage. Virginia worked at The Golden Rule department store owned by a mutual friend named “Archie” who was also a hiker and skier. Harvey and Virginia went on ski trips to Mount Baker and there is a photograph of the highway behind them showing a single set of tracks through the fresh snow. On Dec 7 1942, Harvey joined the Army and left for basic training in Louisiana. Harvey was assigned to the 84th Division, 335 th Infantry, 2 nd Battalion Headquarters Company as a Communications Chief and was deployed to the European theater. Virginia and Harvey wrote letters back and forth throughout the war. Harvey was discharged in November 1945 and Virginia and Harvey were married on the 24th. Harvey was working at Gooding Lumber Company, and with his brother George and sister Pearl and her husband Jerry Hohl, built three houses on Sunset drive. In 1949 Harvey and Virginia purchased a house on Ellis Street which was their home for 55 years and raised three children in that house: James Edward, Diana Lee, and Phillip Henry. Virginia was a stay at home mom until the kids were older. She was a retail clerk at Wahl’s department store until the store closed. She continued working as a clerk at The Bon Marche and through the time it became Macy’s. She continued working for a time after Harvey retired from Uniflite Boat Builders in 1979. Harvey and Virginia decided to travel when all the kids were out of the house. They took advantage of a local tour bus company and saw a lot of the country with groups on organized tours. They decided to broaden their horizons with a trip to Europe, and returned on a cruise ship. Virginia had a lifelong interest in crochet and needlepoint, and the family still enjoys the use of many of her creations. In 2004, they sold their Ellis street house to Granddaughter Elizabeth and her husband Eli and moved to a cottage at Merrill Gardens. After a marriage of 63 years Harvey passed away in 2008. Virginia continued living in the cottage. After a time she moved into an apartment in the “Big House” at Merrill Gardens, as she called it. In 2014, she moved to an apartment in Lynden Manor where she spent her remaining years in a private room with her two cats. Virginia passed away peacefully in her sleep on Feb 5 th 2018 with son Jim and his wife Susan in attendance. Her parents Henry and Mary Brokaw, husband Harvey, and daughter Diana preceded her. She is survived by brother, Henry Jr. and his wife Vicki; sons James and wife Susan, Phillip and wife Barbara; 4 grandchildren: Nathan Gooding and wife Mauren, Sarah Allbaugh and husband Benjamin, Melanie Young and husband Andy, Elizabeth Vignali; and 6 great-grandchildren.

Virginia Mary Gooding was born to Henry and Mary Brokaw on Feb 9 1924 in Bellingham,Washington. They lived in a house on East Maplewood in Bellingham while Henry worked at the coal mine as an engineer. Virginia attended local grade schools and... View Obituary & Service Information

The family of Vrigina M Gooding created this Life Tributes page to make it easy to share your memories.

Virginia Mary Gooding was born to Henry and Mary Brokaw on Feb...