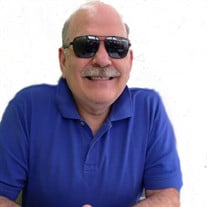 Tim Fisher, age 71, passed away peacefully at Hospice House in Bellingham on July 16, 2020. He was born in Seattle on May 2, 1949 to Stephen and Teresa Fisher. Tim graduated Ingraham High School and attended Catholic seminary for two years, before deciding a different path for his life. He graduated from Central Washington University and later married Ginny, the love of his life, in Seattle. After a number of successful business positions, Tim and Ginny decided to settle in Bellingham and he began his career in insurance and financial services. Tim was a proud and active Rotarian. He was a passionate UW Husky Football fan and enjoyed watching the Sonics in earlier years. One of Tim’s favorite places on Earth was Yosemite National Park. He also enjoyed traveling to the California coast but was always happy to return to his home in the Pacific Northwest. Tim was a solid, well-rounded, compassionate man. He had a strong faith and was at peace with his passing. Ginny and the family will dearly miss him. Tim was preceded in death by his parents. He is survived by his wife Ginny, his siblings Steve (Julie) Fisher, Kathy Gloth, Kevin (Sarah) Fisher, Frank Fisher and Suzanne (Keith) Greer. He is also well-loved by all of Ginny’s siblings, Gus Stockdale, Kathy (Larry) Lemen, Rick Stockdale, Mike (Angie) Stockdale and Kevin (Marcia) Stockdale, and many loving relatives and friends. Memorials may be made to the Rotary Club of Bellingham Foundation, 2200 Vining St., Bellingham, WA 98229, or your favorite charity. A family graveside service will be held at Holyrood Catholic Cemetery in Shoreline. The family would like to thank this wonderful community for their love and support, especially the PeaceHealth St. Joseph Cancer Center and Whatcom Hospice House. You may share your memories with the family at www.westfordfuneralhome.com. The following passage reminds Ginny of Tim: “When you were born, you cried, and the world rejoiced. Live your life in such a manner that when you die, the world cries and you rejoice.”

Tim Fisher, age 71, passed away peacefully at Hospice House in Bellingham on July 16, 2020. He was born in Seattle on May 2, 1949 to Stephen and Teresa Fisher. Tim graduated Ingraham High School and attended Catholic seminary for two years,... View Obituary & Service Information

The family of Timothy M. Fisher created this Life Tributes page to make it easy to share your memories.

Tim Fisher, age 71, passed away peacefully at Hospice House in...