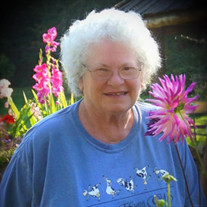 Terry Ann Klaus,74, passed away at her home in Bellingham, Washington on March 10, 2020 where she enjoyed the last seven years of her retirement, cherished her independence, and always delighted in opening her home to guests. Terry was born in Sedro Woolley, Washington and was a 1963 graduate of San Juan High School in Citrus Heights, California. At San Juan Terry acquired life-long friends, and was a member of Rally Club, American Field Services, and was regarded as the expert of “American Bandstand.” She developed lasting relationships with several American Bandstand regulars. She was also President of the Ringo Starr Fan Club, which developed thousands of connections and several life-long friends from England, United States and New Zealand. Her love of music and early rock-and-roll led to her several friendships and encyclopedic knowledge of bands from the early Filmore West days: Cream, The Byrds, New Breed, Beach Boys, CCR, Jefferson Airplane to name a few. She even shot some hoops with Marty Balin. She worked at KROY radio from 1967 to 1970, and then at KCRA for a year, endearing her to several Sacramento broadcasting celebrities. She loved this professional connection to the music industry. Terry traveled worldwide, enriching her friendships and expanding her experiences. She first traveled to England in 1967 where she found herself chatting with folks like Eric Clapton, a few months before he made his US debut at the Filmore. She loved life in England and visited several more times, keeping close relationships with pre-internet “pen-pals” who had become dear, life-long friends. Her passion for genealogy benefited from her travels and provided a wealth of knowledge for her to write a book, The Family Alwood, in 1991. The book is not only a family tree, but it also contains stories, pictures, and Terry’s well-researched biographies of more than 200 people who were in her mother’s family. Throughout her life she stayed in touch with her very-extended family and enjoyed many annual reunions of both the Alwood and Klaus families. She worked for the State of California in several departments, retiring in 2005 after 30 years of service. She then began a craft business, leveraging her artistic, sewing and card-making skills. Terry delighted in frequently hosting a group of cousins and friends who gathered to make greeting cards. For several years, Terry was proud to be one of the volunteers at St. Francis of Bellingham. As a volunteer, her hand-made greeting cards were given to residents on their birthdays, and many holidays throughout the years. Terry loved all animals. Since her high school years, Terry consistently had a dog in her life. She fondly loved her mutts, rescues, and well-bred companions. They were always by her side and she would do anything for them. She was an inspiration for the next generation of family. Through her passions of travel, music, and art, Terry set an example of living the life she wanted without regard to others’ expectations. Her niece, (Angela Hueckel), and four nephews (Jason Bryant, Kyle Klaus, Keith Klaus and Chadd Klaus) were dear to her, as well as her grand-nephew (Jeffrey Hueckel) and two grand-nieces (Lillian Klaus and Hazel Klaus). In addition to the above family, Terry is also survived by her siblings and their spouses: Larry and Tracy Klaus; Linda and Tim Bunyan; and Michael Klaus and Paul Chamberland. A memorial gathering will be scheduled for later in the summer.

Terry Ann Klaus,74, passed away at her home in Bellingham, Washington on March 10, 2020 where she enjoyed the last seven years of her retirement, cherished her independence, and always delighted in opening her home to guests. Terry was born... View Obituary & Service Information

The family of Terry Klaus created this Life Tributes page to make it easy to share your memories.

Terry Ann Klaus,74, passed away at her home in Bellingham, Washington...