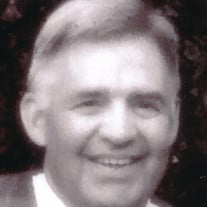 It is with tender hearts and cherished memories that we announce the death of our beloved husband, father, grandfather, brother, and friend Terry Busch. Terry died at home on Thursday, December 27, 2018 surrounded by his loving family after a four year journey with Lewy Body Dementia. Terrien Jerome Busch was born on September 28, 1940 in Colfax, WA to Helen (Olson) and Cletus Busch. Growing up in Pullman, WA in the family home built by his father, he was joined by sister Carol (Jeff Oyler), brother Tim (Judy), brother John (Linda), and little sister Laurie (Pat Caraher). A large extended family instilled a strong sense of community and belonging. Ever an outstanding athlete throughout his life, Terry’s natural abilities were evident in high school sports including football, basketball, track, and baseball. As co-captain of his high school football team, in his senior year, Terry was part of a 36 game winning streak, and to this day he still holds the record for the most points scored in a football career in 1958. Terry learned to play golf in middle school, and it eventually became his lifelong study and passion. Graduating from Washington State University in 1963 with a BS degree in Physical Education, and pre-Physical Therapy, he took his first teaching and coaching job in Benton City, Washington. In June of 1964, he married Joyce Reichl of Tacoma, and together they taught school for a year in Benton City before heading overseas to Vienna, Austria to teach at the American International School. Returning to Pullman in 1966 to teach middle school and pursue a Masters of Education degree, the joy of becoming a father to son Jeffrey greatly enriched life, followed two and a half years later with the birth of daughter, Jennifer in 1969. Following his dream of becoming a Physical Therapist, Terry and Joyce moved the family to Iowa City in 1970 where he eventually graduated from the University of Iowa, completing his PT degree in 1972. He went on to become director of Physical Therapy at St. Luke’s Hospital in Bellingham in 1974, and opened Northwest Physical Therapy Services in 1976, the first private practice physical therapy clinic in Whatcom County. After mentoring many young therapists and treating hundreds of clients, Terry retired from physical therapy in 2006 after 32 years serving the Bellingham community. While part of the business community, Terry was a member of Rotary and served on the board of the Chuckanut Foundation (formerly St. Luke’s Foundation.) After a 20 year marriage raising their two children, Terry and Joyce parted ways in 1984. In 1991, Terry married Blythe Hecht Cole, and became step-father to Megan and Sara Cole. He was married to Blythe until her death in 2000. During their years together, they celebrated several family events, including the marriage of daughter, Jenny, to Kevin Brice in 1994, the births of granddaughters, Emma Brice in 1997, and Olivia Brice in 1999, as well as the marriages of son Jeff Busch to Angela Duane in 2000, and step-daughter Sara Cole to Phil Balston in 2000. After Blythe’s passing, Terry remained a part of the Hecht/Cole family, and continued to participate in celebrations with the extended family. He delighted in the births of two additional step-granddaughters, Savannah and Chloe Balston. Terry and his former wife Joyce actively participated in the lives of their children and grandchildren and the two eventually re-kindled their relationship and remarried in 2004. Together, they enjoyed traveling, spending time with life-long friends, dancing, and enjoying their family. It has been a sweet time together the second time around. Diagnosed with Lewy Body Dementia four years ago, Terry’s life became significantly altered. His loving caregiver, Mosa, made sure to keep up daily outings to Fairhaven and push Terry in his wheelchair along the Boulevard Boardwalk. Despite his dementia, his sense of humor remained intact as well as his innate goodness. Terry’s final wish was to travel to his hometown of Pullman to see his siblings, to visit the family home and to see one last Cougar football game. A diehard Cougar fan, Terry would frequently be heard shouting “Go Cougs!” to people on the street or in the park. So as we say farewell to our beloved Terry Busch, with a smile in our hearts we shout out to you wherever you are: “GO COUGS!” Terry is survived by his wife Joyce Busch, his son Jeff Busch, daughter Jenny Brice (Kevin), granddaughters Emma and Olivia Brice, sister Carol Oyler (Jeff), brother Tim Busch, sister Laurie Caraher (Pat), step-daughters Megan Cole, Sara Cole Balston (Phil), step-granddaughters Savannah and Chloe Balston and many beloved in-laws, nieces and nephews. He is preceded in death by his parents Helen and Cletus Busch, former wife Blythe Cole Busch, brother John Busch, and sister-in-law Judy Busch, as well as many beloved extended family members. A celebration of Terry’s wonderful life will be held on January 17, 2019 at 11:00 a.m. at Northwood Hall, 3240 Northwest Avenue in Bellingham. You may share memories with the family at www.westfordfuneralhome.com. In lieu of flowers, memorial gifts can be made to the Chuckanut Foundation, 1500 Cornwall #201, Bellingham, WA, 98225 or The Whatcom Hospice Foundation, 3001 Squalicum Parkway #11, Bellingham, WA, 98225.

It is with tender hearts and cherished memories that we announce the death of our beloved husband, father, grandfather, brother, and friend Terry Busch. Terry died at home on Thursday, December 27, 2018 surrounded by his loving family after... View Obituary & Service Information

The family of Terry Busch created this Life Tributes page to make it easy to share your memories.

It is with tender hearts and cherished memories that we announce...