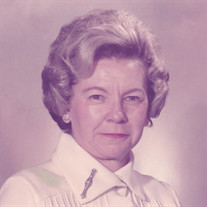 Ruby’s family announces her blessed, peaceful release from her long courageous battle with dementia. Her daughter Donna was comforting her as she “slept away” safely into the arms of Jesus. Born in Dykes, Kentucky, Ruby was the ninth child of ten children of Alvin and Dona Sears. She grew up on a corn and tobacco farm in Buck Creek near Somerset, Kentucky. She is survived by her younger sister Madelyn Sears Rapp (Fort Myers, Florida), 5 children: Fran Cormack, Donna VanSant, Jessie Lee VanSant, Ben VanSant and Rebecca VanSant; 7 grandchildren and 6 great grand children. Predeceased by her first husband, Vernon Vaughn VanSant (1991), her second husband, Galen Winsor (2008) and her son-in-law, Tom Cormack (2016). Ruby married Vernon Vaughn Van Sant, Jr in 1939. He was her high school sweetheart, three years older and the son of her school principal, Jessie Milton Van Sant. After Vernon returned from World War II (U.S. Navy from 1943 to 1946 in the South Pacific) the family settled in Ashland Kentucky where Vernon began his successful career in the oil and gas industry with Ashland Oil and Refining Company. In 1952 they were transferred to Eldorado, Arkansas and in 1954 immigrated to Calgary, Alberta, Canada. In the early eighties, Ruby moved to California and then to Denver, Colorado. After a diagnosis of dementia, she returned to Calgary for ten years and then for the last three years has lived in the loving community at the Silverado care home in Bellingham, Washington. During her years in Calgary, she was an active member of Grace Presbyterian Church, belonging to Who Shi Lo Women’s Fellowship. Being the ultimate bargain hunter, she was known for her creative eye and her ability to refinish furniture. She always claimed “I can make that perfect”. Her home was one of warmth and beauty. She was gifted in needle arts and crafts—making lovely clothes for the children (and even their dolls), making drapes and slipcovers, reupholstering furniture and mastering decoupage. Her children were always beautifully dressed and coiffed. She made sure that they had every opportunity to participate in music lessons, athletics, art and dance lessons. A funeral service will be held in the chapel at Grace Presbyterian Church, Calgary, Alberta at a future date.

Ruby&#8217;s family announces her blessed, peaceful release from her long courageous battle with dementia. Her daughter Donna was comforting her as she &#8220;slept away&#8221; safely into the arms of Jesus. Born in Dykes, Kentucky, Ruby was... View Obituary & Service Information

The family of Ruby K. VanSant created this Life Tributes page to make it easy to share your memories.

Ruby’s family announces her blessed, peaceful release from her...