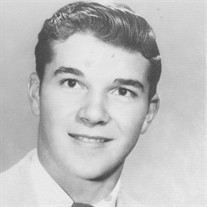 There are no words to describe what a wonderful man Ron (Bumpa) was, but we will try our best to find some. Ronald Floyd Holmstrom was born in Markville, Minnesota on September 29, 1937 to Theodore and Frances Holmstrom. Ron was the oldest son in a big family of 5 brothers and 2 sisters. The Holmstrom family made their journey from Minnesota to the Nooksack Valley in 1946. At 12 years old, Ron took a job at Anderson Bros. farm where he lived and worked—milking cows and bucking hay before and after school. In 1955, after graduating from Nooksack Valley High School, he enrolled at the Lutheran Bible Institute in Seattle, WA. It was at LBI that he met the love of his life, Fran. He and Fran, who also hailed from Minnesota, married there in 1957 and returned to Seattle, where he worked for Bekins Moving Company until he enlisted in the U.S. Air Force in 1960. He served his country, being stationed in Germany at the Ramstein Air Force base from 1961-1964. Fran joined him in Europe and they had many adventures exploring the world together. After completing his service overseas, the couple moved back to Washington State to settle down and start a family. His dream of returning to the farm came true when a property in Stanwood came up for sale. For nearly 20 years, he built up his mini farm—working at Midway Plywood, starting his own contracting company, and raising cows, chickens, goats, kids, and grandkids. He and Fran left the farm in 1997 and moved to Glenhaven, WA, where he built and sold 3 beautiful homes. He lost his wife to cancer in 2006, and though he mourned for his love every day, he continued to be a shining example of hope, happiness, and joy for those around him. He loved his family, his home, and his faith. Now he can finally join his beloved wife in heaven, and for this, we can only rejoice. He is preceded in death by his father and mother, and his wife Frances Holmstrom. He is survived by his sisters Janice and Kay, and his brothers Dennis, Donny, Marvin, Robert, and Roger; his son David and partner Kandice of Arizona; his daughter Joy and husband Matt of Alaska; and his grandchildren: Gina, Laura, Madi, Eli, and Wyatt.

There are no words to describe what a wonderful man Ron (Bumpa) was, but we will try our best to find some. Ronald Floyd Holmstrom was born in Markville, Minnesota on September 29, 1937 to Theodore and Frances Holmstrom. Ron was the oldest son... View Obituary & Service Information

The family of Ronald F. Holmstrom created this Life Tributes page to make it easy to share your memories.

There are no words to describe what a wonderful man Ron (Bumpa)...