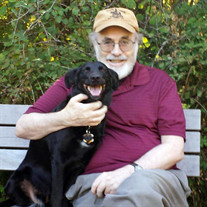 Robert John Gerel, of Bellingham, Washington, passed away peacefully Thursday, October 27, 2016 in Bellingham. Robert was 73, born in East Meadow, New York on November 22, 1942 to John and Ann (Connors) Gerel. Robert graduated from the State University of New York at Buffalo with a Pharmacy degree in 1965. He worked in community pharmacy throughout New York State early in his career. Robert graduated Rutgers University in New Jersey with an MBA in 1971. He worked for several pharmaceutical companies including Warner Lambert, Searle, and Bristol Meyers through the late 1980s, helping to develop new family planning, antibiotic, cardiovascular, and cancer drugs. He returned to serve as a community pharmacist in the 1980s and early 1990s. Upon his children’s graduations from college he moved to Bellingham in 1994. Since then Robert made Bellingham his home. In 2005 he received a Masters in Dispute Resolution from Pepperdine University in California. Robert brought his new skills and life experiences back home to Bellingham, helping countless people in the local community better understand and manage their physical, emotional, and financial health. Robert is remembered by his family and friends as a tremendously kind and generous spirit. Even through his heart disease and the final days of his life, he wanted those around him to be at ease. Robert’s family would like to thank the nurses, doctors, and staff at St. Joseph’s ICU. In his final days he was surrounded by kindness and love. Robert was predeceased by his brother, Donald Gerel of Sandy, Oregon. Robert is survived by his life partner Kerry Draddy, son, Mike Gerel, his wife Jessica (Barton) Gerel of Portland, Oregon; daughter, Eryn (Gerel) Kelley, her husband Tom Kelley of Hingham, Massachusetts, grandchildren, Declan and Adeline Kelley, and of course, his beloved dog Sophie and granddogs Ebon and Moka. Memorials may be made to the Alternative Humane Society, PO Box 2321 Bellingham, Washington, 98227, [email protected], (360) 671-7445. A simple service will be held in the chapel of the Westford Funeral Home at 4:00 pm on Thursday, November 3, 2016. An informal gathering will follow at Aslan Brewing Company, 1330 N Forest St. Bellingham, WA 98225. You may share your memories of Robert at www.westfordfuneralhome.com.

The family of Robert John Gerel created this Life Tributes page to make it easy to share your memories.