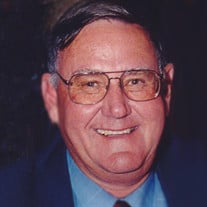 Bob Funkhouser, age 83, passed away peacefully in Bellingham on February 29th at Whatcom Hospice House. Bobby was born January 6, 1937 in Bellingham, WA. The Funkhouser family has been in Bellingham since 1927. He was the son of Robert Sr. who moved out from Illinois as an accountant closing banks during the depression who later became an elected official as Bellingham City Treasurer for 30 years. His mother Elva (Anderson) was from Creston, WA and passed away when Bob was 10 years old. Bobby and his older sister Beret were raised on High Street and the Cornwall Park area of town and attended Western Washington College Campus School for grades K-6. He then attended Fairhaven MS and graduated in the class of 1955 from Bellingham HS. As a boy and young man Bob was very involved in Boy Scouts and hunting in Whatcom County. He snow skied at Mt. Baker regularly and became part of the Ski Patrol. After HS graduation he attended WWU and achieved his degree in Education. While at WWU he met his wife Sally Strelau, a girl from Seattle’s Franklin HS. They were married March 18, 1960 in Seattle and were married 58 wonderful years. Bob’s first teaching job was at the new Sehome HS. Shortly after the levy failed, Bob and Sally left town to teach at Mt. Si HS in North Bend and both Highline MS and Evergreen HS in Burien. They bought property on Lake Samish and dreamed of a forever home where they eventually built and made it come true. There they raised their three sons in a house full of love, with family and all their friends. Bob got hired back at Sehome HS where he taught Industrial Arts, Drafting, Drivers Training and Commercial Fishing until leaving in 1980. He then started the Commercial Fishing vocational program at Bellingham Technical College, retiring in 1993. Bob made lifelong friends with his students and loved seeing them all around town. He was able to retire at the age of 55! Since the early 60’s Bob spent many years fishing salmon in the summers, running a purse seiner in Kodiak, Alaska and gillnetting in Puget Sound. Bob and Sally were able to build a second home on Lake Conconully where they had over 20 years of wonderful memories. In their retirement years they lived at the lake and in their Palm Springs (Indio) house during the winter with all the activities and lots of fun and friends. The last few years they lived on Raspberry Ridge Golf Course in Lynden until Sally passed in 2018. Throughout his life he enjoyed swimming in Lake Samish, hunting and fishing in Eastern Washington, golfing locally and in Palm Springs, and talking commercial fishing with his oldest son Rob. Bob was a huge WSU Cougar fan in support of his boys Mark and Kip, the son he lost at a young age. Bob was very involved with the Lake Samish volunteer fire department and the Bellingham Central Lions Club, helping to provide services to the community and running concessions at Civic Field with the guys. He was always willing to stop whatever he was doing to talk with friends and former students and to lend a helping hand. He was “Papa'' to his five grandchildren whom he loved so much and attended as many of their sports and activities as possible. Bob and Sally were inseparable, and they loved the sound of their kids, grandkids and many friends on the sundeck at the house. He was preceded in death by his parents, wife Sally and son Kip. Bob is survived by his sons Rob (Trina) and Mark (Leslie), grandchildren Ellie, Nathan, Bobby, Lucas and Matthew, sister Beret (Raleigh) Harmon, and many loving relatives and friends. SERVICE- A celebration of Bob’s life is scheduled for Friday, April 16, 2021 at 3 PM at the Squalicum Boathouse. As the date approaches please confirm the service is still happening. Memorials may be made to Whatcom Hospice House, 2806 Douglas Ave., Bellingham, WA, 98225. You may share memories at www.westfordfuneralhome.com.

Bob Funkhouser, age 83, passed away peacefully in Bellingham on February 29th at Whatcom Hospice House. Bobby was born January 6, 1937 in Bellingham, WA. The Funkhouser family has been in Bellingham since 1927. He was the son of Robert Sr.... View Obituary & Service Information

The family of Robert "Bob" M. Funkhouser created this Life Tributes page to make it easy to share your memories.