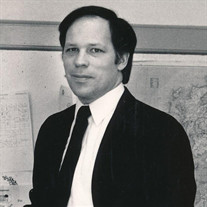 Richard Joseph Sullivan, age 73, passed away at Whatcom Hospice House on October 27, 2019 from complications of pancreatic cancer. The oldest of six children, he was born in Trenton, New Jersey to Dr. Richard Sullivan and Mrs. Helen Sullivan, RN. He graduated from Haverstraw High School in New York where he was class salutatorian, member of a state championship football team and winner of the Section 1 wrestling championships at 160 lbs. He graduated cum laude from Amherst College, where he captained the wrestling team and won the All New England Championship at 171 lbs. He attained a PhD in English literature from Rutgers University where he met his future wife Elizabeth “Betsy” Quay. When once asked why he married Betsy, he responded “because she is formidable.” His patience, intelligence and kindness made him ideally suited for his lifelong career in teaching. He taught English at Friends Academy, a Quaker School in Locust Valley, New York, for 40 years. At Friends he coached wrestling, football and golf. He was fortunate to have all of his children attend Friends Academy and in particular to coach his son Jack in wrestling. He had many leadership positions including chairperson of Teachers and Students for a Quaker Education (TASQUE). One of his proudest accomplishments was his founding of the scholarship program, On Your Marks, through which promising student athletes from disadvantaged backgrounds were offered a summer enrichment program and scholarships for the academic year. Richard and Betsy moved to Bellingham after they retired in 2016 to be near daughter Naomi, son-in-law Stephen and their three children. The move also brought them closer to daughter Nora, son-in-law Eric, and their two children in Golden, Colorado. He continued to pursue his lifelong passion for teaching and sports throughout his brief but rich retirement. Under his guidance his grandchildren learned to canoe, fish, wrestle, ride bikes and of course, improve their grammar and writing skills. He even taught the family dog, Huck, to swim. His other favorite activities included hiking (the more rigorous the better) with the Senior Trailblazers and attending numerous book clubs, which he did up to a couple weeks before his passing. He also researched and gave lectures at the Community Co-op on several topics such as the economic and political crisis in Venezuela. He is survived by his loving wife of 48 years, Betsy, three children, Naomi Rebecca Sullivan (husband Stephen John Buetow) and their children Ted, Evelyn and Helen, daughter Nora Elizabeth Sullivan (husband Eric Maranhao Czaikowski) and their children Samuel and Nathaniel, son John “Jack” Brownlee Sullivan (wife Sofia), brothers Patrick, Jeffrey and Daniel, sisters Mary Ellen and Jane, and many loving relatives and friends. Mass of Christian Burial will be held at Sacred Heart Catholic Church in Bellingham at 10 am on Monday, November 4th, with a reception following at the church. You may share memories with the family at www.westfordfuneralhome.com. We are blessed to have known Richard as husband, father, grandfather, sibling and teacher.

The family of Richard Joseph Sullivan created this Life Tributes page to make it easy to share your memories.