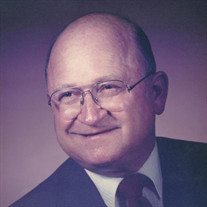 Richard Jack Schmitt passed away peacefully in his home in Bellingham, WA on Friday March 13, 2020. He was 94. Richard – known as Rich or Dick – was born in San Francisco on November 18, 1925 to Frank and Myrla Schmitt. Richard and his brother Frank grew up exploring the streets of San Francisco on their bikes with their friends. In 1942, he joined the Navy and served in the Pacific during WWII. Upon returning, he met the love of his life, Judith Rose Domingos. They wed in 1949 and had their first child, Karen, a year later. Richard worked for an insurance company, and in 1952, the family relocated to Seattle, where they had two more children – Jeanne and Mark. Judy’s youngest brother Skip, at the age of 12, joined the family in 1958. In 1968, Richard and his family moved to Bellingham, when he became a partner at Ireland & Bellingar Insurance Agency. He retired in 1992. In his youth, Richard was a Boy Scouts of America Sea Scout, as well as an avid swimmer and an exceptional diver. Throughout his life, he loved traveling, collecting coins, playing cards, photography, and golf. He was a proud and active member of Kiwanis. He and Judy also volunteered for years at Sacred Heart Catholic Church in Bellingham. Richard cultivated friendships with openness and sincerity, and he had a great sense of humor. He enjoyed a Manhattan at happy hour. He was a wonderful father, grandfather, and friend. Richard is survived by Judy - his loving wife of 70 years – as well as his daughter Karen (Steve), his daughter Jeanne, his grandchildren Ryan (Erin) and Heather, his brother-in-law Skip, and many loving relatives. Richard was preceded in death by his son Mark. A memorial mass and celebration of life at Sacred Heart will be announced at a later date. In lieu of flowers, the family requests donations be made in Richard’s name to Whatcom Hospice, or to your favorite charity. We would like to express our gratitude to the family and friends who have supported us through this difficult time, and a special thanks to his caregiver Ida May Rybicki, as well as Whatcom Hospice, for making Richard’s transition a peaceful one. You may share memories with the family at www.westfordfuneralhome.com.

The family of Richard Jack Schmitt created this Life Tributes page to make it easy to share your memories.

Richard Jack Schmitt passed away peacefully in his home in Bellingham,...