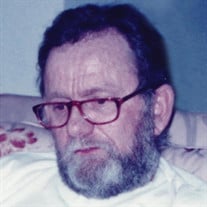 Richard Lynn (Dick) Moody passed away in his sleep, at home, on January 29, 2016. Dick was born in Missoula, Montana, to Fred and Anna Moody, the second of their five children. He attended Assumption School, graduated from Bellingham High in 1969, and attended Peninsula College, in Port Angeles, before returning to Bellingham to begin a long career in the fishing industry. He crewed on boats in the Alaska fisheries, defying daunting medical challenges, and worked for San Juan Seafoods/Trident Seafoods maintaining production lines and supervising night crews for 15 years-a job he loved tremendously before retiring due to complications from chronic kidney disease in 1993. The engraved gold watch he was given upon retirement was found by his bedside after he passed away. Dick inspired countless friends and everyone in his family with his heroic struggle against infirmities that would have limited the lives of nearly anyone else. Growing up, he loved roughhousing with his brothers and was an active Boy Scout. He steadfastly refused pity or condescension, insisting on living life to the fullest and most daring. He had a gift for making friends, whom he had in abundance throughout his life. He endured two kidney transplants, two years on dialysis, and innumerable surgeries, all of which he went through with bracing (and often gallows) humor, and none of which kept him from leading a full, adventurous life. He is fondly remembered by countless friends as good-humored, garrulous, the life of the party, and supernaturally tough. Among his many friends, two doctors in particular--Jon Ransom and Bill Lombard, who cared for him through his entire adulthood--came to be like brothers to him. He is remembered with particular love by his six nieces and one nephew. They referred to him over the years as "our favorite uncle," the "best uncle we ever had," "our funniest uncle," and the "best uncle EVER." Dick is predeceased by his father, Frederick Robert Moody, and survived by his mother, Anna McGee Moody, his brothers Fred (Anne), Frank (Jane), and Patrick (Suzanne), and his sister, Mary Jean McGee-Benson (Grant). In lieu of flowers, donations in his memory should be sent to Bellingham's Mount Baker Kidney Center. A memorial will be held at 2pm on Saturday, February 6, at Westford Funeral Home, 1301 Broadway.

Richard Lynn (Dick) Moody passed away in his sleep, at home, on January 29, 2016. Dick was born in Missoula, Montana, to Fred and Anna Moody, the second of their five children. He attended Assumption School, graduated from Bellingham High in... View Obituary & Service Information

The family of Richard Lynn (Dick) Moody created this Life Tributes page to make it easy to share your memories.

Richard Lynn (Dick) Moody passed away in his sleep, at home,...