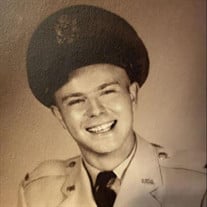 Ray was born on November 1, 1932 in Yakima, WA to Jacob and Janie (Baldwin) Stebner. He passed away peacefully at Whatcom Hospice House in Bellingham, WA on April 22, 2022. A proud veteran, Ray served as Captain in the U.S. Air Force from 1954-1958, where he was asked to teach at the academy. He married Jeanne Kanzler on June 13, 1965 in Spokane, WA. They moved to Anacortes, WA in 1974 where he purchased a marina (due to his love of the sea) before returning to teaching. He taught advanced Language Arts at Anacortes Middle School until his retirement in 1993. Ray valued education and was a very learned man. He attended Central Washington University for a Bachelor’s degree in Psychology and a double minor in Art and Speech Therapy. Other educational institutions included the University of Illinois where he received a PHD in Guidance Counseling and Psychology, Seattle University where he obtained his Post-Baccalaureate in Children’s Literature, and Western Washington University for his teaching degree. He was also asked to attend a literature seminar at Brown University. After retirement, he and his wife traveled to countries all over the world, once again employing his love of learning. Ray is preceded in death by his father, Jacob; mother, Janie; and daughter, Tonya Paulette Yoder. Survivors include his wife, Jeanne; three children, Rayetta of Kent, WA, Derek of Scottsdale, AZ, and Kassandra of Kent, WA; grandchildren, Amanda (Jason), Adrik, Savannah, Baron, Millie, and Jet; great-grandchildren, Owen, Miles, and Bronson; and beloved niece Melissa and nephew Chad. Memorial contributions may be made in Ray’s name to the Whatcom Humane Society. Ray will be cremated with his ashes placed at sea with his family. A reception with military honors will be held on Friday, June 17th at 12:30PM at Westford Funeral Home.

Ray was born on November 1, 1932 in Yakima, WA to Jacob and Janie (Baldwin) Stebner. He passed away peacefully at Whatcom Hospice House in Bellingham, WA on April 22, 2022. A proud veteran, Ray served as Captain in the U.S. Air Force from 1954-1958,... View Obituary & Service Information

The family of Ray L. Stebner created this Life Tributes page to make it easy to share your memories.