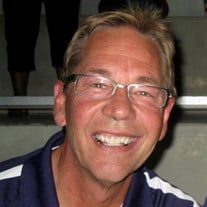 Randy Chiabai, age 70, signed off peacefully at home on October 25, 2021, surrounded by his family. Randy was best known for his contagious smile and constant laughter. He was most happy and content in the company of friends and was known for never turning down a good party, in which he was guaranteed to bring either oysters, crab, or salmon lox. If you didn’t like seafood, good luck, he would still make you try it! Randy has been connected to local fisheries his entire life. He grew up in Anacortes surrounded by commercial fishermen and spent summers fishing to put himself through college, earning a degree from the University of Washington Department of Fisheries. His knowledge of local fisheries and rivers was extensive and randomly informative. After working for the Washington Department of Fish and Wildlife, Randy partnered to run Redden Marine Supply where he spent the majority of his career helping fishermen from Alaska to California. Helping also included a fair amount of banter. Randy didn’t envision his retirement in June of 2021 would be disrupted by an aggressive battle with glioblastoma. He was excited about the next chapter, which involved golfing, hunting, and spending time with his favorites (he wasn’t good at hiding his favorites); friends, adorable grandkids, and Cruz (Linda’s Labradoodle). Randy is survived by the love of his life, Linda, son Jay (Sara) Chiabai and their sons Ethan and Elliott, daughter Jana (Troy) Leland and their children Jennings and Carter Gene, sisters Debbie Myers and Carole (Rick) Starr, brothers Rick Chiabai and Ron (Susan) Chiabai, and many loving relatives and friends. We will remember Randy’s smile, warmth, energy; and his love for life, family, and friends, which included his customers and coworkers. He worked very hard all of his life, up until the very end. In lieu of flowers, memorials may be made to Whatcom Hospice. A memorial service with reception will be held on Friday, November 12th at 1:00PM at the Hotel Bellwether Ballroom,1 Bellwether Way in Bellingham. We invite you to join us and celebrate together.

Randy Chiabai, age 70, signed off peacefully at home on October 25, 2021, surrounded by his family. Randy was best known for his contagious smile and constant laughter. He was most happy and content in the company of friends and was known for... View Obituary & Service Information

The family of Randy Chiabai created this Life Tributes page to make it easy to share your memories.

Randy Chiabai, age 70, signed off peacefully at home on October...