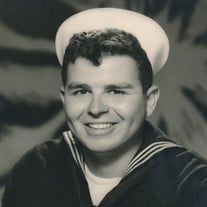 Peter Alexander Pavlik, age 72, passed away on June 28, 2018 in Bellingham, WA surrounded by his loved ones after a hard-fought battle with cancer. He is survived by his wife, Marie, their daughters, Tamorah Ortiz (husband William), Cheryl Music (husband Robert), Michelle Vidal (wife Celania) and fur-son Kenji and his feathered cohort Petie; his brothers Mike (wife Lois) and Andy (wife Eileen); grandchildren Richelle, Christopher, Sara and Matthew; great-grandchildren, Rylan and Brydon, and many nieces and nephews. Pete was born October 17, 1945 in Steubenville, Ohio to Alexander and Pauline (Giglio) Pavlik. Peter graduated from Madonna High School in Weirton, WV in 1964, and went on to attend WVNCC and WWU, where he studied Liberal Arts. Possessing a strong sense of duty, he also served in the Navy and Army Reserve, as well as Customs and Border Protection, where he worked as an officer until his retirement in 2008. Peter was a very giving person, and donated to several organizations, including ASPCA, St. Jude’s Children’s Hospital, and Disabled Veterans. An avid sports fan, he loved the Steelers, Pirates and Penguins and the West Virginia Mountaineers. He was also a Seahawks fan, as long as they weren’t playing the Steelers. He was also a lover of music and sang tenor in the Assumption Choir and Kulshan Chorus. Peter married the love of his life, Marie in 1967 in Bellingham, and again in 1973 at St. Joseph Catholic Church, in Weirton, WV. Pete and Marie recently celebrated their 51st wedding anniversary. A vigil prayer service will be held at Westford Funeral Home on Sunday, July 1 at 6pm. Mass of Christian Burial will be held at Church of the Assumption on Monday, July 2 at 10:30am, with a Reception following at the Church. A Committal with military honors will follow at Greenacres Memorial Park at 2pm. Share your memories at www.westfordfuneralhome.com.

Peter Alexander Pavlik, age 72, passed away on June 28, 2018 in Bellingham, WA surrounded by his loved ones after a hard-fought battle with cancer. He is survived by his wife, Marie, their daughters, Tamorah Ortiz (husband William), Cheryl Music... View Obituary & Service Information

The family of Peter Alexander Pavlik created this Life Tributes page to make it easy to share your memories.