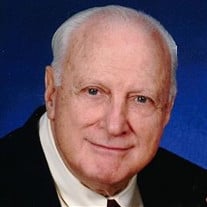 Paul Norman Jordan was born in Burlington to Roy and Myrtle Jordan, as the middle of nine children. They lived "on the wrong side of the tracks" and often struggled for basic survival, but a strong sense of humor helped keep the family together and remained one of Paul's strong assets. Paul joined the Navy at age 17 and served two terms (being recalled during the Korean Conflict) for a total of five and a half years of active duty including service in Washington, Maryland, Illinois, and Hawaii. He enlisted as an ordinary seaman, and was honorably discharged as a pharmacist's mate, petty officer first class. The coursework Paul undertook in the Navy ignited a passion for learning, which became one of the organizing principles of his life. Paul's journey toward Lutheran ministry began in his youth. While his family was not actively religious, Paul found a spiritual home at Burlington Lutheran Church where he was baptized and confirmed. Working as a lifeguard at Lake Samish Lutheran Bible Camp (Lutherwood) between his tours in the Navy, Paul met Frieda Miller and they were married in 1952 at St. John's Lutheran Church in Bellingham. With Frieda's encouragement and support he deepened his involvement with the Christian Church, and developed an interest in theology. After business training at the Seattle Railroad School, Paul completed two terms at the Lutheran Bible Institute in Seattle, and earned a B.A. at Pacific Lutheran College (PLU) in 1956. Paul continued his ministerial training at the Evangelical Lutheran Theological Seminary at Capitol University (Trinity Lutheran Seminary) in Columbus, Ohio, earning his Master of Divinity in 1959. Paul was ordained as a Lutheran minister the same year, at St. John's in Bellingham. A voracious reader and life-long learner, Paul undertook additional coursework in theology at Luther Seminary (St. Paul, Minnesota) in 1973, and earned a second Master's degree in Sacred Theology in 1976 from the University of Dubuque (Iowa). After still more study and certifications in Clinical Pastoral Education (Portland, Oregon), Paul was elected a full Member of the College of Chaplains in 1987. He was recognized for fifty-five years of ordained ministry in the Evangelical Lutheran Church of America in 2014. Paul served congregations in Fort Wayne (Indiana); Winlock and Spokane (Washington); Petersburg and Anchorage (Alaska); and Portland (Oregon). After retiring to Bellingham he served as Interim Pastor for St. John's, and remained deeply involved in the life of his "home" parish, and taught adult Sunday School classes until his death. Paul's service beyond the church included Chair of the Alaska Governor's Advisory Board on Alcoholism, Chair of the Petersburg (Alaska) Hospital Board, and an honorary membership in the Alaska Native Brotherhood. In addition to his ministerial and community work, Paul was a licensed private pilot, a Master Gardener, a fine-arts painter (acrylics), an award-winning essayist, an enthusiastic cook, and an endless "tinkerer." Paul died at home of natural causes at age 85. He is survived by his wife Frieda of Bellingham, daughter Ruth and her husband Rick Culbertson of Oak Harbor, son Tasche Jordan and his husband Neil McNeill of Seattle, brother Guy Jordan of Ferndale, grandson Brian Culbertson of Seattle, and numerous nieces and nephews. In lieu of flowers the family suggests donations to Lutheran World Relief or St. John's Lutheran Church. A Memorial Service will be held at St. John’s Lutheran Church, 2530 Cornwall Ave. in Bellingham on Saturday, January 17th at 2 PM. Reception following at the church.

Paul Norman Jordan was born in Burlington to Roy and Myrtle Jordan, as the middle of nine children. They lived "on the wrong side of the tracks" and often struggled for basic survival, but a strong sense of humor helped keep the family together... View Obituary & Service Information

The family of Rev. Paul Norman Jordan created this Life Tributes page to make it easy to share your memories.

Paul Norman Jordan was born in Burlington to Roy and Myrtle Jordan,...