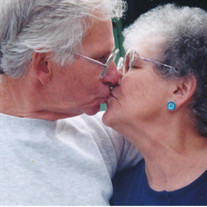 Paul Jansen passed away on Saturday, November 21, 2020 at the age of 89. Born in Lynden on May 30, 1931, Paul was one of seven children born to Gerbert “Gert” and Cornelia Jansen. Paul was the remaining survivor of the Jansen family, having been preceded in death by his parents; sisters Dina, Wilke, and Gertrude; and brothers Gerbert, Frank and Cecil. Paul spent his formative years working on various farms in the Lynden area, leaving in 1950 to serve his country in the Navy. Paul was proud of his service years, and was discharged from the Navy as a Korean War veteran. After returning from the service, Paul discovered fiberglass boatbuilding, and this passion stayed with him for the duration of his working life. He began with Bell Boy Boats in Bellingham and played a part in developing United Boat Builders, which eventually incorporated as Uniflite Inc., one of the premier fiberglass boats of the 1960’s and 1970’s. In May of 1967, Paul married Jenny Perram, who preceded him in death in August of 2015. Paul and Jenny were inseparable, sharing a passion for the outdoors, fishing, barbecuing, and seeking adventure everywhere and in everything. Paul was a passionate gardener, a fix-it master (there’s nothing that twine and duct tape can’t repair), an avid outdoorsman, firewood collector, scavenger, a loyal friend, and a devoted father and husband. There just aren’t many like him and he will be sorely missed. Paul is survived by his sons, Jack (wife Yolanda) Perram; Steve (wife Louise) Perram; grandsons Cody Perram, Jim Brimble, Joe Brimble; great-grandson Ethan Brimble; and numerous nieces, nephews and cousins. A family graveside service was held at Greenacres in Ferndale. To remember Paul, he would be greatly touched to have all of you share a remembrance or a story of him at your dinner table with your family. His was truly a life well lived.

The family of Paul Jansen created this Life Tributes page to make it easy to share your memories.