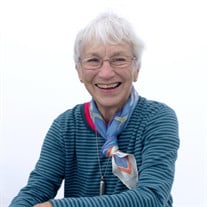 Patricia Ann Braaten was born on June 30, 1933 to Ida Hill Smith and Eugene “Joe” Smith on a small farm near Minong, Wisconsin. She passed away at the Whatcom Hospice House in Bellingham, Washington on February 26, 2022 at the age of 88. Mom came into the world during the Great Depression. Though short on money, the family enjoyed an abundance of food produced on the farm. We often heard stories about the cream from the Guernsey and Jersey cows, which was so thick that it could be heaped onto a spoon. Serving as a condiment for every meal, the cream fueled their physically strenuous days. Throughout her childhood, Mom developed a formidable self-reliance. She watched and learned as her father improvised tools, fixed what was broken, and did all of their maintenance (including re-tiling a chimney). She employed these skills time and again through her life. Mom graduated from Minong High School in 1951 and went on to attend nursing school at St. Mary’s Hospital in Rochester, Minnesota. Following graduation as a registered nurse in 1954, Mom worked in a private practice until her marriage to the Rev. James Braaten in June 1955. They were married for 66 years, until Dad’s passing in September 2021. Mom had a rich and unpredictable life. She and Dad moved over a dozen times. After a few years in Minnesota, they lived in several cities and towns in Western and Central Washington, with a brief but significant interlude in the Palani Mountains of South India. A human “Energizer Bunny,” Mom met life full-on. She was the household carpenter, plumber and electrician. She taught herself how to make intricately styled but ‘classic’ dresses and skirts for her three daughters. She grew lush, brilliant gardens. While also shouldering the entire logistics for our frequent family camping trips, she hiked many spectacular (and sometimes a bit thrilling) trails. A favorite quote came from Hunter S. Thompson: “Life should not be a journey to the grave with the intention of arriving safely in a pretty and well-preserved body, but rather to skid in broadside in a cloud of smoke, thoroughly used up, totally worn out, and loudly proclaiming "Wow! What a ride!” Mom returned to nursing in the 1970s, having taken a break when we kids were young. She most enjoyed working in the emergency room and as a “floater” among different hospital units. Nursing was a fundamental part of her identity. Mom had many loves, chief among them her family: daughters Jane (and husband Sam), Alex, and Anne, son Steve (and wife Kathleen), and grandson Zachary. She was happiest when we were all together. Mom was also a Gardener (capital G), prolific reader and hiker. After she and Dad moved to Bellingham, WA in 2007, Mom must have traversed, along with daughter Anne and her dogs, a good 2,000 miles in the North Cascades. Mom, the indefatigable Finn, always led the way – all the way to age 88. Mom’s deep faith in God, and an abiding desire to help God’s less fortunate children, was intrinsic to her. Having been raised on a subsistence farm and witnessing extreme inequities in India, Heifer International became her charity of choice: giving small, poverty-stricken farmers the dignity of succeeding. Gifts in her memory may be made to Heifer or to Faith Lutheran Church. Services will be held on Friday, March 4th at 1:00PM at Westford Funeral Home.

Patricia Ann Braaten was born on June 30, 1933 to Ida Hill Smith and Eugene &#8220;Joe&#8221; Smith on a small farm near Minong, Wisconsin. She passed away at the Whatcom Hospice House in Bellingham, Washington on February 26, 2022 at the age... View Obituary & Service Information

The family of Patricia A. Braaten created this Life Tributes page to make it easy to share your memories.