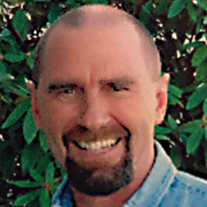 Stephen James Mason, age 65, went home to be with Jesus on February 4, 2017. He left us suddenly, and he will be deeply missed. We are forever grateful for his life, his love and his leadership that has made an impact on all who knew him. He was a loving husband, father, grandfather, great-grandfather, brother, uncle, pastor and friend. Steve was born on April 4th, 1951, at Sacred Heart Hospital, in Spokane, WA to Charles and Winnifred Mason. Steve was preceded in death by his father Charles, sisters Lynette and Lisa, and brother Garth. He is survived by his loving wife Elizabeth; six children, Eric Mason, Makayla (Michael) Estoos, Lorilyn Mason, Sarah (David) Luedtke, Ryan (Megan) Scambler and Chad (Amanda) Scambler; eight grandchildren, Ethan (Shaylee), Kalahan (Sean), Keaton, Cole, Landon, Kylee, Parker and Camden; three great-grandchildren, Corin, Declan and Ireland; mother Winnifred Mason; sister Therese Engstrom; and many loving relatives and friends. Steve was a well-known lead pastor at Christ Community Church and Realtor at Windermere Realty in Bellingham, WA. In 1996, Steve received his Doctor of Ministry from Northwest Graduate School in Kirkland, WA. He was the founding pastor of Christ the King Community Church in Bellingham, WA in 1988. Steve was the pastor of Connell Christian Center in Connell, WA from 1975-1988. Prior to responding to the call of ministry, Steve was an instructor at Spokane Community College from 1973-1975; and was superintendent of City Drywall Co. from 1971-1975. Additionally, Steve was on the Board of Directors for the Sun House in Bellingham, WA; President of the Bellingham Pastors Fellowship; WA State President for the Bill of Rights Legal Foundation; Board of Directors for Support Officers with the Bellingham Fire Department; Adjunct Professor with Northwest Graduate School; Chairman of the Legal Legislative Committee of the Northwest District of Assemblies of God; Committee Member for the Joint Apprenticeship Committee for the Associated General Contractors and Spokane Carpenters Local 98; and Little League Coach for 12 years. His mission in life was to share the Gospel of Jesus Christ and to bring a message of hope for the future and forgiveness for the past. A funeral service will be held at Christ the King Community Church in Bellingham, 4173 Meridian Street, at 12 Noon on Friday, February 10, 2017. Graveside service will follow at Monumenta Cemetery, 1975 Front Street. Flowers may be sent to Christ the King Community Church the day of the service. Memorials in Steve’s name may be mailed to Christ Community Church, 4600 Guide Meridian, Suite 201, Bellingham, WA 98226. You may also share memories with the family at: www.cccbellingham.com.

Stephen James Mason, age 65, went home to be with Jesus on February 4, 2017. He left us suddenly, and he will be deeply missed. We are forever grateful for his life, his love and his leadership that has made an impact on all who knew him.... View Obituary & Service Information

The family of Pastor Stephen James Mason created this Life Tributes page to make it easy to share your memories.

Stephen James Mason, age 65, went home to be with Jesus on February...