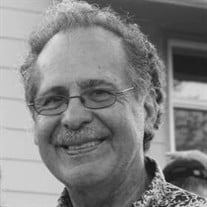 Omer Joseph Jalbert was received into Heaven peacefully surrounded by loved ones at Whatcom Hospice House on November 17, 2017. He was born the seventh child of nine, on November 23, 1934 in Lafleche, Sask. to Eli and Laura Jalbert. He graduated from Gravelbourg College in Sask., and later from DeVry Institute in Toronto, Ontario. He married the love of his life, Marcella Clermont on July 24, 1959 in Ferland, Sask. They moved to Regina, Sask. for a while and eventually he joined the US Air Force to pursue his career in Instrumentation. He was stationed in Biloxi, Mississippi and eventually transferred to the Blaine Air Force Base, where he served for four years and settled in Bellingham where he and Marcella raised four kids. He worked at Intalco for ten years as an Instrumentation Tech and later worked for British Petroleum (BP) in Prudhoe Bay, Alaska until Retirement in 2000. He enjoyed working on computers and owned two computer stores, one in Bellingham and one in Richmond, B.C. Omer loved dancing, gardening, camping and travelling with his motorhome and he was always there to lend a helping hand to whoever needed it. Omer and Marcella have been active members of Assumption, where he served as a Eucharistic minister and was a member of the Knights of Columbus. Omer was also one of the organizers for Bellingham Minor Hockey. He is preceded in death by his parents, Eli & Laura Jalbert, three brothers, Steve Jalbert, Wilfred Jalbert, Roger Jalbert and two sisters Henriette Buddecke and Irene Weirs. He is survived by his loving wife of 58 years, Marcella, four children, Colette Jalbert, Charlene Jalbert-Dutrizac (Bill), Michael Jalbert (Jennifer) and Carla Garcia (Ken), grandchildren, the twins Linaya, Jared, Brennan and Lucas Garcia and Victor Dutrizac, siblings, Estelle Patterson, Laurette Fradette (Alec) and Julien Jalbert (Yvonne), and many loving relatives and friends. A Vigil Service to celebrate his life will be held at 6 PM on Wednesday, December 6th at Westford Funeral Home. Mass of Christian Burial will be held at 10:30 AM on Thursday, December 7th at Church of the Assumption. Reception following at the Church. Committal service will be held at Enterprise Cemetery in Ferndale on Friday, December 8th at 1:00 PM. Memorial donations may be made to Church of the Assumption or Whatcom Hospice. You may share your memories at www.westfordfuneralhome.com.

Omer Joseph Jalbert was received into Heaven peacefully surrounded by loved ones at Whatcom Hospice House on November 17, 2017. He was born the seventh child of nine, on November 23, 1934 in Lafleche, Sask. to Eli and Laura Jalbert. He graduated... View Obituary & Service Information

The family of Omer Joseph Jalbert created this Life Tributes page to make it easy to share your memories.