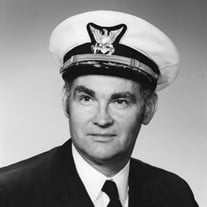 Three Cheers for Oliver! RAH! RAH! RAH! Now doesn’t that bring back memories of those happy football hero days at Chester High School, Chester, PA, Class of 1946? Or those days as a machinists’ helper at Sun Ship & Dry Dock? Or beating the pavement as a summertime mail carrier? Or learning the ropes as a lab technician at Sun Oil? Or being a yard gang member at Essex Yacht Company? All of which helped pay Oliver’s way through Indiana Technical College in Fort Wayne, IN where he was a Glee Club member and served on the Student Council, thereby whetting his appetite for future political and service involvement. During these busy years, Oliver met and fell in love with the gentle student nurse, Juanita Maassel. He was confirmed in the Lutheran faith and they were married by her father, the Rev. George Maassel on January 27, 1950. Following graduation in 1950 with his Bachelor of Science degree in Mechanical Engineering, Oliver defended our nation’s shores in active duty as a Lt. JG in the Coast Guard serving as the Explosive Loading Officer, Operations Officer, and Executive Officer in Georgia and Norfolk, VA as the Coast Guard/Navy liaison. After active duty he entered the US Coast Guard Reserve and served as the Lt. Commander of the station in Rockland, ME. Oliver retired in 1975 with the rank of full Captain. In March of 1954, Oliver applied to work for Scott Paper Company. He began his career as an engineer trainee in Glens Falls, NY, then transferred to the Scott Paper Plant in Waterville, ME. In addition to his work, Oliver became active in community affairs and received honors for his work with the YMCA, his skills as the director of the PTA, and his service as the Councilman from the 5th Ward. Throughout his career transfers and promotions to becoming the Head Engineer at Scott Paper in Marinette, WI, Oliver continued his community involvement and served as a member of the Board of the YMCA, Kiwanis, and various city committees and professional organizations. After 32 years, Oliver retired from Scott Paper Company to enjoy retirement with Juanita. In retirement, Oliver enjoyed family vacations with Juanita, especially the trip to Disney World for their 50th wedding anniversary and trips to Mexico which their son, Dan, arranged. He learned the art of knife building and crafted several fine knives which he freely gave away. Oliver also learned leather craft and hand tooled custom sheaths for his knives, belts, and wallets. Oliver was preceded in death by his parents, Oliver E. and Ada C. (Brown) Thorpe; wife, Juanita; brother William; sister Katherine, and his cat, Venus. He is survived by his daughter Pat Hinchey of Blaine, WA; son, Daniel Thorpe of Estero, FL; the faithful Maassel Clan, and his cat, Athena. Brother-in-law, Rev. Richard Maassel, summed it up best: What a gift Oliver was to the Maassel family. He was decidedly different from the five Maassel men in every good sense of the word. God gifted him with a sparkling, humorous personality. This continued even down to these last years when because of distance, the only way he could communicate was through his e-mails, which always contained a thread of humor. We give thanks that within the setting of the Maasel family, his faith in Christ was strengthened and we can live in the certainty that even as we shed our tears, Oliver is now in heaven where God has wiped away all tears from his eyes. A memorial service will be held at Christ Lutheran Church in Ferndale, WA at 3pm on Friday, October 8, 2021. Final resting place will be at Greenacres Memorial Park. You may share memories with the family at www.westfordfuneralhome.com. Memorials may be made to Christ Lutheran Church, PO Box 845, Ferndale, WA 98248.

Three Cheers for Oliver! RAH! RAH! RAH! Now doesn&#8217;t that bring back memories of those happy football hero days at Chester High School, Chester, PA, Class of 1946? Or those days as a machinists&#8217; helper at Sun... View Obituary & Service Information

The family of Oliver E. Thorpe created this Life Tributes page to make it easy to share your memories.