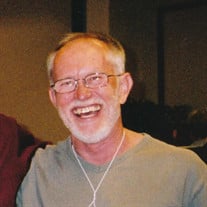 A few of Mike’s friends wrote the following notice. Mike Spinale suddenly and unexpectedly passed away while on vacation in Texas on February 11, 2021. Mike graduated from Mount Baker High School and later WWU. He was a devoted advocate for senior citizens as the longtime manager of the Bellingham Senior Center. His priority was his seniors, and he would visit them in their homes and facilities when they were ill. He organized local senior bocce ball tournaments, produced yearly volunteer productions, and escorted them on many local and international trips. Before retiring Mike was presented with the Service to Seniors Award honoring his distinguished service in Bellingham and Whatcom County. Mike danced whenever and wherever he would hear music and he could clear a dance floor when he started to jitterbug. Mike sang with many local bands, anywhere he could find a mic, and he was a huge fan of the Jimmy Murphy Band. He was devoted to the Bellingham Youth Band and the Bellingham Children’s Theatre for years. Mike entertained us all with his singing, guitar, and harmonica at picnics and in parks. He had a joke for every subject and occasion. Laughter was important to him. Holidays meant costumes, and he went all out year after year, winning most of the contests. Mike was also an outdoor and sports enthusiast, playing tennis, hiking, fishing and swimming. Mike was an avid believer in physical fitness. His friends were his family, and we were happy any time Mike could join our families. He brought joy and excitement to everyone, his positivity was contagious, he made you want to live your life fully, and his energy and good nature will live on for all of us. He will be remembered for his kindness to his friends, and he gave personal items to each of them before leaving on an adventure. Mike had an uncanny memory of dates, giving cards for all occasions to everyone on his long list of friends. After devoting his life to seniors, he retired in 2005. He then began his life traveling, ending up choosing Brazil to spend six months a year for 10 years with his adopted family he dearly loved and the many friends he had there. And of course, he sang with a Brazilian Band. He spoke Spanish and Portuguese fluently and taught and tutored foreign students while in Rio. Mike had friends throughout Bellingham, other states, and in Brazil, his second home. Mike is survived by his niece Nicole Hadaway of California and was preceded in death by his two brothers, Chuck, and Dan. We have lost you suddenly and were unable to say goodbye in the physical realm, but we know you are near and always a part of our memories. ‘May the road rise to meet you, may the wind be always at your back. May the sunshine warm upon your face, and the rains fall soft upon your fields, until we meet again.’ You may share memories with the family at www.westfordfuneralhome.com.

A few of Mike&#8217;s friends wrote the following notice. Mike Spinale suddenly and unexpectedly passed away while on vacation in Texas on February 11, 2021. Mike graduated from Mount Baker High School and later WWU. He was a devoted advocate... View Obituary & Service Information

The family of Michael D. Spinale created this Life Tributes page to make it easy to share your memories.