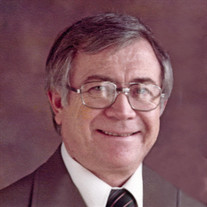 Michael Humphrey, age 93, of Bellingham, WA, died August 6, 2016. Mike was born in Lebanon, NE, on May 20, 1923 to James Bert and Evelyn Humphrey. He grew up in Casper, WY, and graduated from the University of Nebraska with a degree in chemical engineering. Mike worked for the Mobil Corporation for 36 years. He was a World War II veteran, serving as a second lieutenant in the Army Air Corps as a navigator flying on B17 and B29 bombers. He met his wife Agnes “Aggie” at a USO dance. Mike’s career with Mobil moved him and his family to Australia for two years, then back to the U.S. where they settled in Bellingham. After his children were grown, his career with Mobil took him back overseas where they lived in Saudi Arabia for seven years. He and Aggie enjoyed traveling through Europe, Asia and parts of the Middle East during his tenure there. Upon his retirement in 1984, they returned to Bellingham and wintered in Mesa, AZ where they enjoyed clogging, square dancing and playing bridge with friends. Mike is survived by daughters Susan (James) Allen, Deb (Dale) Yamamoto, and Janine Humphrey; four grandchildren, Donald Allen, Stephanie (Randy) Hartmann, Tori Yamamoto (Mike Wimpee) and Kenny Yamamoto, great-grandson Jacob, and many loving relatives and friends. Mike was preceded in death by his wife Aggie and his brother Sam. Visitation will be held at Westford Funeral Home from 11 AM-1 PM on Wednesday, August 10th. Mass of Christian Burial will be held at Church of the Assumption at 10:30 AM on Thursday, August 11. Reception following. A private burial will be held at Tahoma National Cemetery. Memorials may be made to the American Diabetes Association or your favorite charity. The family would like to express its appreciation to the staff at Orchard Park and Mt. Baker Care Center for their kindness and care of Mike. You may share memories with the family at www.westfordfuneralhome.com.

Michael Humphrey, age 93, of Bellingham, WA, died August 6, 2016. Mike was born in Lebanon, NE, on May 20, 1923 to James Bert and Evelyn Humphrey. He grew up in Casper, WY, and graduated from the University of Nebraska with a degree in chemical... View Obituary & Service Information

The family of Michael Humphrey created this Life Tributes page to make it easy to share your memories.