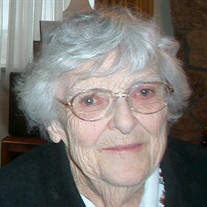 Mary Elizabeth Weed, 94, passed away January 28, 2017 in Bellingham, WA. She was born February 8, 1922 in Superior, NE to Albert and Mary (Epperson) Hoydar. Her family moved to Selah, WA in 1937. She graduated from Selah High School in 1939. She obtained her Bachelor’s Degree in Education from Eastern (EWSC) and later a Masters from Western (WWSC). On March 6, 1943 she married John F. Weed who preceded her in death June 2011. They were married for 68 years. Mary taught in the Grays Harbor area for many years beginning her career at Washington Elementary in Hoquiam in 1941. While raising her seven children, she continued as a substitute teacher until the 1970s when she became a Title I and Chapter Program teacher at Montesano. As an active career community member and driving force, Mary was involved in many organizations including League of Women Voters (Charter Member), American Legion Auxiliary, Washington Education Association, 4-H, Delta Kappa Gamma and many other organizations. She served as president, club leader, lobbyist and committee chairman in these organizations and remained active until her passing. She was a lifelong learner, educator and promoter of people's right to vote and participate in their community. She was also an ardent Hoquiam Grizzly fan. Mary is survived by her seven children: Mark (Becky), Joan McCan (Art), Carl (Jonna), Wayne (Marylynn), Charles (Margaret), David (Kim) and John, sister, Francis True (Earl) and foster brother Jim McClure (Janet); twenty-five grandchildren and thirty-one great grandchildren. Brother Charles Hoydar preceded her in death in 1995. Mary and John were placed together in a niche at Tahoma National Cemetery in Kent, WA on March 31, 2017. A Celebration of Mary’s Life will be held at the Hoquiam Elks, 624 K St., on Saturday, June 24th, 2017 at 1 PM. Reception following. Please come and share stories and memories of Mary with her family and friends. A memorial bench will be placed on Riverside Drive in Hoquiam to commemorate John and Mary and will be dedicated prior to the Celebration of Life. Donations in Mary's memory can be made to Coastal Harvest, P.O. Box 616, Hoquiam, WA 98550; Coastal Community Action Program, 117 E 3rd, Aberdeen, WA 98520; Hoquiam High School Scholarship Fund, 505 Emerson Avenue, Hoquiam, WA 98550 or to your favorite organization. You may share memories with the family at www.westfordfuneralhome.com.

The family of Mary E. Weed created this Life Tributes page to make it easy to share your memories.