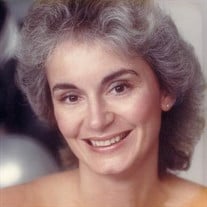 Mary Seilo, age 72, of Bellingham, WA passed away at home, surrounded by her loving family on Thursday, May 12, 2016, after a four year battle with ovarian cancer. Mary fought cancer like only she could – head-on and without hesitation. Her family is forever grateful for every extra second her tenacity enabled them to have together. Mary was born to Paul and Eleanor (Siegel) Kinville at St. Luke’s Hospital in Marquette, MI on January 26, 1944. She married Mike (Mick) Seilo on August 7, 1965 at St. Peter Cathedral in Marquette. Mary and Mike then lived in Tucson, AZ and Athens, OH while working on their advanced degrees, before settling in Bellingham where they built and lived together in the same house on the north shore of Lake Whatcom for 40 years. The focus of Mary’s existence was her family and friends. She literally lived to spend time with her immediate and extended family, as well as dearest friends. Her girlfriends in Bellingham and Ferndale became family to Mary. She loved being in command of all social events big and small, from family holiday traditions to impromptu gatherings on her dock. As a passion, she could often be found yelling louder than anyone else at the sporting event of her choosing including her sons’ and grandchildren’s games, as well as televised action for the Seahawks and Sounders. After her passion and love for family and friends, education was the main pillar of Mary’s life. In 1961, she graduated from Bishop Baraga High School in Marquette. Mary earned a Bachelor of Arts degree in English and Journalism from Northern Michigan University in 1965 and a Master of Arts degree in Journalism from Ohio University in 1969. Mary left a lasting imprint on anyone who was fortunate enough to have her as a teacher, by applying her compassion, intelligence, work ethic, dedication, leadership, and sass. She started her career in 1965 teaching English for one year at Waterford Township High School in Waterford, MI. She then taught English for one year at Pueblo High School in Tucson, followed by three years teaching English at Nelsonville-York middle and high schools. After moving to Bellingham, Mary settled in at Ferndale High School where she taught a variety of subjects including English, Journalism, American Studies, Newspaper, and Yearbook for 40 years before retiring in 2010. In 1986, Mary was named the Washington State Journalism Teacher of the Year and under her steadfast leadership, Ferndale High School’s newspapers and yearbooks were consistently held in the highest regard. Mary was a Golden Eagle to her core, even in the face of her disgruntled sons (Sehome and Squalicum graduates). She loved the Ferndale community, particularly her students and colleagues. Mary was preceded in death by her parents and brother-in-law, Randall Clark. She is survived by the love of her life, Mike; treasured sons Michael (Lynn), Paul (Jennifer), and Zachary (Lisa); brother Paul Kinville (Kathy) and sister Ellen Clark; precious grandchildren Gwyneth, Peter, and Owen; extended family; and countless dear friends. In honor of Mary’s commitment to education and love for the Ferndale community, a scholarship is being set up through the Whatcom Community Foundation’s Whatcom Dollars for Scholars program for graduates of Ferndale High School. To contribute to this scholarship, please make checks out to “Whatcom Community Foundation” and write “Mary Seilo Scholarship” in the memo line. Contributions can be mailed to Whatcom Community Foundation, 1500 Cornwall Avenue, Suite 202, Bellingham, WA 98225. To donate online, go to http://www.whatcomcf.org/your-giving/give-now/ and click on the Scholarships for Local Students, then choose Whatcom Scholarship Fund, and write “Mary Seilo Scholarship” in the ‘Comment’ line. Mass of Christian Burial will be held at Church of the Assumption (2116 Cornwall Avenue, Bellingham 98225) at 1pm on Saturday, May 21, 2016, followed by a reception at the Lairmont Manor (405 Fieldston Road, Bellingham 98225).

Mary Seilo, age 72, of Bellingham, WA passed away at home, surrounded by her loving family on Thursday, May 12, 2016, after a four year battle with ovarian cancer. Mary fought cancer like only she could &#8211; head-on and without hesitation.... View Obituary & Service Information

The family of Mary Louise Seilo created this Life Tributes page to make it easy to share your memories.