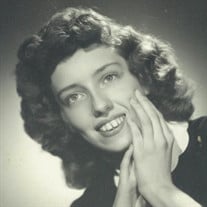 Marlene Ruth Slingsby Erickson was a social worker for the Washington State Department of Social Services. The thing she loved most in the world were her three daughters Debra, Linda, and Susan. She said they were the best thing that she did in her life. Born September 22, 1935, to Minor and Ruth (Telecky) Slingsby in Wenatchee, Wash., Ms. Erickson passed away at an adult family home in Bellingham on June 29, 2021. Growing up in Central Washington, she attended Cashmere Grade School. When her family bought an apple orchard along the Columbia River in Orondo, Wash., in 1946, she attended Eastmont Junior High in East Wenatchee. The ranch was 13 miles from Wenatchee on the road that went down to the Orondo ferry. After her father took a job as a field manager at the Wenatchee-Beebe Orchard Co. up the Columbia River in 1951, Ms. Erickson attended Chelan High School. After her graduation in 1953, she attended Kinman Business University in Spokane. She worked for Spokane Surgical Supply after completing her secretarial studies. On July 1, 1955, she married Allan Erickson. The couple had three daughters Debra, Linda, and Susan. Since Allan was in the Air Force, they lived in Spokane, Virginia, Maine, and Hawaii. When the couple divorced, Ms. Erickson moved to Manson, Wash., then Seattle. There she worked for the University of Washington. She attended community college and received her associate of arts degree in social work. Ms. Erickson worked for DSHS in nursing home placements. She retired in 1992. She married Rolf Bodtker on Aug. 18, 1990. After his death Aug. 16, 2006, she moved to Bellingham, Wash., in 2007 to be near her daughters. Ms. Erickson was preceded in death by her husband Rolf Bodtker, her parents Minor and Ruth Slingsby, her daughter Linda Swanson, her sister Ramona Slingsby, and her cousin Mary Schwab. She is survived by her sisters Myrna Yuasa of Covington and Rita R. Robison of Tumwater; her daughters Debra (Lew) Erickson Mills of San Diego and Susan (Rich) Coombs of Hollywood, Florida; her nieces Ramona Robison of Sacramento and Lisa Robison of Madrid, Spain; and four grandchildren. A graveside service was held July 7, 2021, at the Evergreen Washelli Cemetery in Seattle. You may share your memories at www.westfordfuneralhome.com.

Marlene Ruth Slingsby Erickson was a social worker for the Washington State Department of Social Services. The thing she loved most in the world were her three daughters Debra, Linda, and Susan. She said they were the best thing that she did... View Obituary & Service Information

The family of Marlene Erickson created this Life Tributes page to make it easy to share your memories.

Marlene Ruth Slingsby Erickson was a social worker for the Washington...