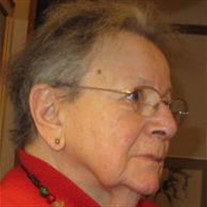 Marian L. Boylan, age 90, passed away February 26, 2017 in Bellingham after a long illness. Born in Oakland, CA to Alexander and Vera Leese, she attended grade schools in San Francisco and Portland, OR before graduating from R.A. Long High School in Longview WA. She graduated from the University of Washington in 1948 and was a member of Kappa Delta sorority and Theta Sigma Phi journalism honorary society. Marian was the widow of Professor Bernard Boylan. They were married on Sept. 1, 1950, and moved to Columbia, Missouri, where Marian worked as a journalist while her husband attended graduate school. They moved to Bellingham in 1956 where Marian worked for 27 years at KVOS-TV as a writer and in management. Active in public life, Marian served as chair of Bellingham’s first Art Commission and on the Foundation board of directors of the Whatcom Museum of History and Art. Her parents had amassed an important collection of 20th century art, which Marian cherished. The collection has been passed on to WWU’s Western Gallery for preservation. Marian was proud to have been a part of this heritage. Passionate about university education for women, she was a lifelong member of the American Association of University Women (AAUW) and was president of the Bellingham branch from 1975-1977. For a number of years she was active on the WA State board of AAUW and a member of the Association’s national board of directors and its Foundation. In 1985, the state AAUW honored her as a recipient of a grant endowment from the national organization. In 1980, she was elected to a five-year term on the Washington Commission for the Humanities and was its president in 1984. She also read humanities grant applications for the National Endowment for the Humanities. Following her husband’s death in 1985, she returned to school and received an M.A. degree in English from Western Washington University. Subsequently, she taught English at Northeast Normal School in Changchun, Manchuria in 1988-1989 and at the Institute of Finance and Banking in Beijing in 1992-1993. Marian loved to read, listen to music, attend plays and art exhibits, to walk, talk and to eat. She especially loved cats. She collected stamps, particularly of China, and had a great love for her Chinese students. She traveled widely in Europe and Asia. Mass of Christian Burial will be held on Wed., March 8 at 11 a.m., at Sacred Heart Catholic Church at 14th and Knox Streets in Bellingham, followed by a reception at the Parish Hall. Memorial donations may be made to the Marian L. Boylan Western Gallery Endowment at Western Washington University or to Sacred Heart Catholic Church.

Marian L. Boylan, age 90, passed away February 26, 2017 in Bellingham after a long illness. Born in Oakland, CA to Alexander and Vera Leese, she attended grade schools in San Francisco and Portland, OR before graduating from R.A. Long High... View Obituary & Service Information

The family of Marian Leese Boylan created this Life Tributes page to make it easy to share your memories.