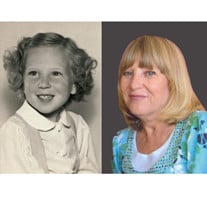 Margaret “Peggy” Rosenberg, of Bellingham, WA, passed away Saturday, January 23, 2016 at the age of 67 after a 20 month battle with cancer. Peggy was born in San Fernando, CA on March 30, 1948 to parents Daniel and Evelyn (Birnkrant) Catron. Peggy was preceded in death by her father Daniel Catron and father-in-law Martin Rosenberg. She is survived by her husband of 47 years, Tom, daughter and son-in-law Trisha and Uli Steidl, mother Evelyn Catron, mother-in-law Annette Rosenberg, brothers Ken and Dave Catron, sisters Martha Bowland and Jeanne Gonzalez, and 3 nephews. Peggy attended Alemany High School in Sylmar, California, California State University in Northridge California, and Whatcom Community College. Peggy married Tom on January 18, 1969 in Venice, California. After Tom graduated from college in 1973 they bought their first house in Venice California where Trisha was born. They lived there until moving to Bellingham in 1979 to escape the big city life. Peggy loved the small city atmosphere which allowed her to have a horse, chickens, an apple orchard, and large vegetable garden on their rural property. Peggy was a giving person, always putting others before herself. She was sweet, steady, and calm and one could always rely on her smile and optimism. She loved her family and cherished attending many of the family reunion events where laughter and conversation were endless. Peggy had many hobbies and interests throughout her life. She made custom clothes for her daughter, stained/leaded glass windows, crocheting and knitting, collected and restored antiques, helped her husband with car restorations, remodeled homes, watercolor paintings, made greeting cards and enjoyed many gardening projects. She had several favorite pastimes: Reading, watching her daughter compete on the University of Washington Rowing Team, following the progress of her daughter and son-in-law run marathons and other races, attending car shows, watching HGTV, bird watching in Skagit Valley, and spending time with friends and family over a glass of wine on the deck in the sun. Peggy worked for most of her life as a bookkeeper/account. She worked for the Ampex Corporation in Los Angeles, the YWCA, Jepson & Associates, and Tran Tech Engineering in Bellingham. Her favorite work was preparing marketing submittals for Tran Tech. With her artistic ability and keen writing skills, she excelled at and enjoyed creating well-written and structured documents; she was a perfectionist. During the last month of her life we engaged the services of Whatcom Hospice. Because of the extraordinary care that Hospice provided, Peggy was able to stay at home while maintaining her pain at an acceptable level. We are grateful for the services Hospice provided. In lieu of flowers, donations may be made to Whatcom Hospice in her name. A Celebration of Peggy’s Life will be held 2:00 p.m., Sunday, April 24, 2016 at Westford Funeral Home followed by a reception.

The family of Margaret "Peggy" Rosenberg created this Life Tributes page to make it easy to share your memories.