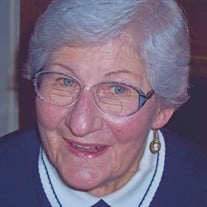 Lois Ann Stromme Himebaugh, of Bellingham, WA, passed away Sunday, December 11, 2016. She was 87, born in Auburn, WA, on January 11, 1929, to William and Gertrude (McKay) Markwell. On February 22, 1952, Lois married Rolfe Stromme. Rolfe preceded her in death in May of 1987. Lois then married David Himebaugh and he preceded her in death in August 1999. She worked for many years for Fairhaven Pharmacy as a clerk and bookkeeper. Lois was an excellent cook, seamstress, and gardener, and family and friends were most important to her. Lois was also preceded in death by her sister Willadine Armstrong and her brother Don “Bud” Markwell. She is survived by her son Erik Stromme; daughter Janet (Rich) Downard; five grandchildren, Angela and Bryan Downard, Michelle (Butch) York, Melissa (Rick) Toland, and Melinda Downard (Glenn Andrews); and six great-grandchildren, Nicholas, Shawn, Brittney, Taylor, Kari, and Tyson. In lieu of flowers, memorials may be made to NAMI Whatcom, 1212 Billy Frank Jr. St, Bellingham, WA 98225. The family wishes to thank the staff of Mt.Baker Care Center for their loving care and family support. Heaven has welcomed a very dear and special angel. A family gathering will be held. You may share your memories at www.westfordfuneralhome.com.

The family of Lois Ann Stromme Himebaugh created this Life Tributes page to make it easy to share your memories.