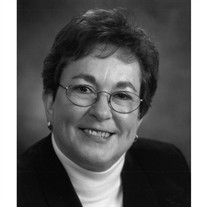 Judy Blythe passed away peacefully on December 16, 2015 in Olympia. She was born on April 14, 1941 to Steward and R. Kathryn (Spencer) Blythe in Bellingham, Washington, and was the oldest of three daughters. She attended Columbia Elementary, Lowell Elementary, Fairhaven Junior High and graduated from Bellingham High School in 1959. She attended the University of Washington and earned an Education Degree in 1964. She started her career teaching kindergarten in Seattle (White Center). Understanding the importance of school readiness and the wide discrepancy between children, she went back to school and earned her Master’s Degree in Early Childhood Education from Western Washington University in 1967. She moved to Olympia to take a job with the State of Washington in the newly merged Public Assistance, Health and Institutions department now known as the Department of Social and Health Services. Judy was in charge of overseeing the daycare centers and providers in western Washington. Her next venture was a successful real estate career beginning in the late 70’s. She worked for several companies and was a founding partner in Cornerstone Realty. She retired from real estate in 2008 from Coldwell Banker Evergreen Olympic. Many friendships were cultivated during these years. Judy was very involved in her community. She served on the United Way of Thurston County and YMCA boards and was active in the fight against cancer with the American Cancer Society and their annual Relay for Life events. Judy was an avid golfer, taking up the game in high school and playing at the Bellingham Golf and Country Club. She was a member of Indian Summer Golf & Country Club in Olympia and Chaparral Country Club in Palm Desert, where she had a winter home and enjoyed many years of sun, fun and friends. She attended Palm Desert Community Presbyterian Church. Judy enjoyed traveling, playing golf, cribbage, Mahjong, Words with Friends, trips to Reno with her mother and sisters, summers at Birch Bay, family trips to Kauai, fine wine, Palm Desert sunshine, collecting recipes, reuniting with her high school “carpool” buddies and spending time with wonderful friends. She will be greatly missed! She was preceded in death by her mother and father. She is survived by sisters Tass (Les) Galley and Betty (Gragg) Miller of Bellingham, niece Lisa (Mike) Obergottsberger, nephew Matt (Aimee) Galley, niece Stephanie (Shelby) Leyson, niece Stacey (Josh) Turrell, niece Erin (Rich) Harrison and numerous great nieces and nephews. A private family gathering will be held. Donations can be made to the American Cancer Society, United Way of Thurston County or the YMCA of Thurston County.

Judy Blythe passed away peacefully on December 16, 2015 in Olympia. She was born on April 14, 1941 to Steward and R. Kathryn (Spencer) Blythe in Bellingham, Washington, and was the oldest of three daughters. She attended Columbia Elementary,... View Obituary & Service Information

The family of Judith Helen Blythe created this Life Tributes page to make it easy to share your memories.

Judy Blythe passed away peacefully on December 16, 2015 in Olympia....