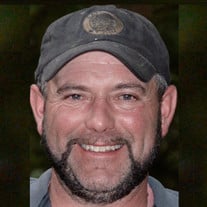 Joe Wilson, age 52, passed away peacefully with his family by his side on September 17, 2016 after a short battle with lung cancer. He was born September 21, 1963 in Bellingham to Jerry and Mary Jo (Roehl) Wilson. Joe attended Franklin Elementary, Lowell Elementary, Fairhaven Middle School, and graduated from Sehome High School in the class of 1982, where he was known as “Fro”. Since high school he has worked as a commercial fisherman from Alaska to California. Joe’s motto was “work hard and play hard”, and he did both! There was no one more willing to lend a helping hand to family and friends. He was a real “man of action” who would quietly take on a project without being asked and complete it before you knew it. Joe enjoyed hunting, fishing, camping, golfing, cooking, gardening and taking care of family. Joe was preceded in death by his mother Mary Jo in November of 2015. He is survived by his father, Jerry, brother Jerry “Jiggs” Wilson, Jr., his children Nate and Sarah, and their mother Lenette Thompson, brother Jake Wilson (wife Patrice) and their daughters Haley, Janie and Josie, aunts Betty Ann Swanson and Anne Cannon (husband Robert) and many loving relatives and friends. Memorials may be made to the Nooksack Salmon Enhancement Association (NSEA), 3057 E. Bakerview Rd., Bellingham, WA 98226 or Whatcom Hospice Foundation, 2901 Squalicum Parkway, Bellingham, WA 98225. A Prayer Service with sharing time will be held at Westford Funeral Home at 6 PM on Joe’s Birthday, Wednesday, September 21st, followed by a salmon dinner and happy hour reception across the street at Broadway Hall. Mass of Christian Burial will be held at Sacred Heart Catholic Church at 11 AM on Thursday, September 22nd. Reception following at the Parish Hall. You may share memories with the family at www.westfordfuneralhome.com.

Joe Wilson, age 52, passed away peacefully with his family by his side on September 17, 2016 after a short battle with lung cancer. He was born September 21, 1963 in Bellingham to Jerry and Mary Jo (Roehl) Wilson. Joe attended Franklin Elementary,... View Obituary & Service Information

The family of Joseph G. Wilson created this Life Tributes page to make it easy to share your memories.

Joe Wilson, age 52, passed away peacefully with his family by...