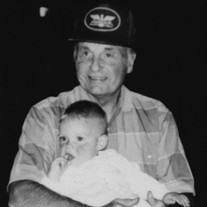 John Thune Slater passed away peacefully at the age of 93 in Bellingham, Washington on Thursday, July 30, 2020. He was born January 11, 1927 in Bellingham, Washington to Ruth and Glen Slater. John is survived by his loving wife Barbara of 63 years. John is also survived by three children, Kellie, Tim (Kiersten) and Patricia (Rolf); grandchildren, Alexa, Hannah (Tom), Katya (Kyle), Quintin, Abel and Grace and great-grandsons Noah and Theodore. John was a fourth generation Whatcom County resident and was preceded in death by his parents Ruth and Glen Slater and sister, Betty Smith. John was very proud of his pioneer heritage in Whatcom County, his great-grandparents having settled in Whatcom County in the 1850’s. John’s great-grandfather, George, was the first superintendent of schools in Whatcom County. His father, Glen, was elected Whatcom County Auditor when he returned home after serving as a pilot in France during WWI. After graduating Bellingham High School, John enlisted in the United States Navy and was training to become a tail-gunner when the war ended in 1945. Following his service, John attended the University of Washington and later graduated from the University of Washington Law School in 1952. John clerked for Washington State Supreme Court Justice Ralph Olson for a year before returning to Bellingham where he practiced law for 50 years, retiring in 2002. Following retirement, John and Barbara enjoyed boating and traveling with their many good friends and spending summers at their cabin on Lummi Island with their children, grandchildren and beach families on Lane Spit. You may share memories with the family at www.westfordfuneralhome.com. A private family gathering will be held later.

The family of John T. Slater created this Life Tributes page to make it easy to share your memories.

John Thune Slater passed away peacefully at the age of 93 in...