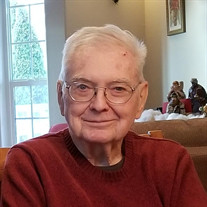 Mike Daley passed away on January 27, 2020 in Bellingham. Mike was born on March 26, 1938 in Bridgeport, Connecticut to John and Lucille (Bagon) Daley. Mike grew up in Miami Beach, attending Catholic schools throughout his education. He served as an altar boy with his brother James at St. Francis de Sales Catholic Church. Mike loved the beach, learning to swim before he could walk. He enjoyed shagging balls for his beloved Brooklyn Dodgers in Spring Training, and made a movie with Edwin Charles “Preacher” Roe on how to pitch. He wanted to make a career as a baseball player but his self-described “very limited talent” while playing at Spring Hill College in Alabama ended that dream. Mike entered the military in 1961, serving two years in the 101st Airborne at Fort Campbell as a Lieutenant in the transport division. In 1963, he joined the Peace Corps, working in Ecuador with the Otavalo Indians and the Weavers Co-op. He said that was one of the happier times of his life, followed by the most treasured – meeting Margaret while studying at St. Louis University’s School of Social Work. Instantly upon seeing her, Mike said Margaret was the most beautiful girl at the school and knew she was “the one.” He proposed quickly and four months later, they married in Margaret’s hometown of Kansas City, Kansas. They earned their Master’s degrees in Social Work and gave birth to Ann. Mike earned a second Master’s degree in Mental Health from the University of Pittsburgh in 1969. He went on to earn his Doctorate in Social Work from Tulane University in 1971. Mike, Margaret and Ann settled in Texas where Mike began his teaching career as a professor of Social Work at the University of Texas at Arlington. Shortly thereafter, Mike and Margaret adopted baby Carolyn, and later welcomed Kevin. In 1978, Mike accepted a professor position at Arizona State University in Tempe, and went on to serve as assistant dean and dean of the School of Social Work before retiring in 2003. Shortly before retiring, the family welcomed grandson Michael and the very next year, granddaughter Shannon. As Grandpa, Mike created many memorable moments with Michael and Shannon, traveling to favorite places, having heart-to-heart talks and cheering them on in their athletic and musical endeavors. In 2015, the family fulfilled a wish to relocate to Bellingham. Mike good-naturedly endured many days of being snow-bound over the five winters in the Pacific Northwest. Mike and Margaret deepened their already strong spiritual connection by making two Marriage Encounters, in 1983 and 2019. Nothing meant more to Mike than providing for and loving his family. Mike was devoted to community service, volunteering along with Margaret and Kevin to feed and clothe those in need through St. Vincent de Paul and Hope House for more than 20 years. He had a strong devotion to St. Joseph and the Sacred Heart of Jesus. Mike was preceded in death by his parents John and Lucille, his daughter Carolyn Daley, and brother James Daley. He is survived by his wife of 54 years Margaret, his daughter Ann Daley, his son Kevin Daley, grandchildren Michael and Shannon Daley as well as many nieces, nephews, other relatives, friends and neighbors. Memorials may be made to Hope House in Bellingham. A Mass of Christian Burial will be held on Thursday, February 6, 2020 at 10:30 a.m. at Church of the Assumption in Bellingham followed by a reception at the church. A 1:00 pm graveside service with military honors will be held at Bayview Cemetery.

Mike Daley passed away on January 27, 2020 in Bellingham. Mike was born on March 26, 1938 in Bridgeport, Connecticut to John and Lucille (Bagon) Daley. Mike grew up in Miami Beach, attending Catholic schools throughout his education. He served... View Obituary & Service Information

The family of John M. "Mike" Daley created this Life Tributes page to make it easy to share your memories.