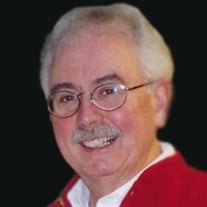 Jerry Wilson, age 78, passed away peacefully on August 4, 2017 with family by his side. He was born February 26, 1939 in Bellingham to Fern and Marie Wilson. He attended Lowell, Fairhaven, Assumption and Bellingham High School, followed by Washington State University and Western Washington University. Jerry worked as a commercial fisherman out of high school, later taking a job at Georgia-Pacific where he worked for over 40 years, retiring as Supervisor of Customer Sales and Service. He married the love of his life, Mary Jo Roehl, on September 23, 1961 in Bellingham, WA. Jerry was an active member and volunteer at Sacred Heart Catholic Church for many years and was also a member of the Knights of Columbus. He enjoyed spending as much time as he could with his family, especially at the Birch Bay cabin. Jerry enjoyed camping, golfing, fishing, hunting, skiing, gardening, traveling, singing in the church choir and making wine. He was immersed in faith, family and friends and was always more than willing to go out of his way to help others. Jerry was preceded in death by his parents, wife Mary Jo, son Joe, sister Margaret, sister-in-law Betty Ann Swanson (husband Roger). He is survived by his wonderful sons, Jerry “Jiggs” Wilson, Jr., his children Nate and Sarah, and their mother Lenette Thompson of Spokane and Jake Wilson (wife Patrice) and their daughters Haley, Janie and Josie, sister Anne Cannon (husband Robert) of Wenatchee and many loving relatives and friends. A Vigil Service will be held at Westford Funeral Home at 7 PM on Wednesday, August 9th. Mass of Christian Burial will be held at Sacred Heart Catholic Church at 11 AM on Thursday, August 10th. Reception following. Memorials may be made to Whatcom Hospice Foundation, 2901 Squalicum Pkwy, Bellingham, WA 98225 or Knights of Columbus, c/o Sacred Heart Church, 1110 14th Street, Bellingham, WA 98225. You may share memories with the family at www.westfordfuneralhome.com.

Jerry Wilson, age 78, passed away peacefully on August 4, 2017 with family by his side. He was born February 26, 1939 in Bellingham to Fern and Marie Wilson. He attended Lowell, Fairhaven, Assumption and Bellingham High School, followed by Washington... View Obituary & Service Information

The family of Jerome "Jerry" Wilson created this Life Tributes page to make it easy to share your memories.