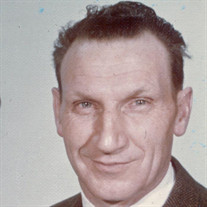 Dr. Howard E. Mitchell, of Bellingham, WA, 95, after a life well-lived, has now joined his wife Jeanne and his son Richard. Howard was born in 1920 in Wauconda, WA, to Hannah and Glenn Mitchell. He grew up in Central Washington and graduated from Tonasket High School. Howard served in World War II as a C-47 pilot. After enlisting in early 1942 in the Army Air Corps, he was part of the Special Operations Group involved in North Africa and Italy. Later he was involved in covert operations supplying troops and supplies to partisans in German-occupied Yugoslavia. He also helped evacuate the 500 airmen from Yugoslavia in 1944. For his service in Yugoslavia he was awarded the Yugoslavian Partisan Second Class Star. After V-E Day, he was transferred to Brazil to support the war in the Pacific. Howard also received the Distinguished Flying Cross with one Oak Leaf Cluster, the Air Medal with four Oak Leaf Clusters, the European African Middle East Medal with six stars, the American Theater Service Medal, the Distinguished Unit Citation, and the WWII Victory Medal. He never lost the love and thrill of flying those blues skies – nor the nights flying by the seat of his pants behind enemy lines. After the war, in December 1945, he married Mary Jeanne Mewhinney, whom he had known since junior high school. He earned his BA from Whitworth College and continued on to graduate school. He received his MA and PhD in Economics from the University of Washington and served on the faculty of Western Washington University. From 1955 to 1985, he taught economics and banking, and was one of the founding faculty for the School of Business and Economics. He also served as Chair of the Economics Department. He was passionate about education and even after retiring he continued to write essays in the Bellingham Herald about the state of education in the United States. Two of his children, John and Karin, took an economics course from him. You can imagine how his son John behaved when he was in his class! During the Cold War, Howard was a member of the National Defense Executive Reserve, the purpose of which was to plan and lead various regions of the United States in the event of nuclear war. Since 1955 he was an active member of First Presbyterian Church, serving on Session and as a Deacon. He helped found and develop “The Inn,” a ministry for college students. His faith and church held great importance for him, with its teachings and the wonderful friends he met there. Howard was a member of the Rotary Club of Bellingham and served on the Board of Directors for Wilder Construction and Horizon Bank. He leaves on this Earth his son, John Mitchell (Karen) of Tucson, AZ; son, Peter Mitchell (Maria) of Cromwell, CT; and daughter, Karin Mitchell (Joanne) of Mukilteo, WA; grandchildren Jeff, Angie, Julia, and Elena; great-grandkids Quinn and Isabel; and his sister Laura Stuart (John). He gave John his need for adventure; Rich his purposeful voice; Peter his interest in international politics and education; and Karin his peaceful and intelligent disposition. And of course we thank all his kind and generous siblings, in-laws, cousins, nephews, and nieces for visiting him over these past five years since the passing of his beloved wife Jeanne. We raise our glasses to him, and wish him a wonderful journey to meet “Jeanne and Jesus – in that order.” -His Family of Many. A Celebration of Howard’s life will be held at First Presbyterian Church at 2 PM on Sat., August 8th. A reception will follow at the church.

Dr. Howard E. Mitchell, of Bellingham, WA, 95, after a life well-lived, has now joined his wife Jeanne and his son Richard. Howard was born in 1920 in Wauconda, WA, to Hannah and Glenn Mitchell. He grew up in Central Washington and graduated... View Obituary & Service Information

The family of Dr. Howard E. Mitchell created this Life Tributes page to make it easy to share your memories.