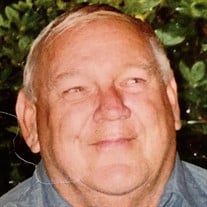 Born in Bellingham to Eugene and Jane Warwick on February 10, 1935, Herb left this life on July 14, 2020. Although his mother passed away upon his birth, he remained in the family when he was adopted by Aunt Katherine “Babe” and Uncle Herbert S. Cole. He graduated from Meridian High School and Western Washington College of Education in Bellingham. He married Eunice and they had a wonderful son, Mark Herbert Cole, who in turn married Kelly Smith. Mark and Kelly are the parents of two bright and talented children, Rebecca and Jonathan. Mark is chief operating officer of a charitable organization in San Francisco. For 24 years Herb taught general 7th and 8th grade subjects, 8th grade math, algebra, and science, high school physics and chemistry; he also coached high school football and other sports in Meridian and Bellingham schools. After retirement he continued being active in real estate and all types of fishing in Puget Sound, including many years of reefnetting. He owned a poodle, several black Labrador retrievers, and Lucy, the only blonde. His last dog was a black labradoodle, Schatzi. A self-made man, throughout his life Herb helped people struggling with adversity, loaning them money, providing affordable housing, and encouraging them to help themselves. He was amazingly capable in terms of solving problems, planning improvements, and recognizing a good deal. He was well known on Lummi Island as a fisherman and long-time resident of two beautiful homes he built there before moving to 32 acres in the Sumas area with Marcy. As they grew older, Herb and Marcy down-sized first to five acres in Bellingham, then to a home on the canal at Sandy Point, and finally building a new home in Ferndale. Together they enjoyed cruises to the Caribbean, Hawaii, Alaska, Panama Canal, Mexico, and the Bahamas. Herb was predeceased by his parents, brother Eugene “Bryce” Warwick, nephew Tom Warwick, long-time friend Dale Granger, and business partner Don Graham. He is survived by his wife, Marcy Waite; his son Mark (Kelly) and their two children, Rebecca and Jonathan; daughter Karen Lindahl and her four children, Trevor (Marsha), Danny, and Ethan Hasenoehrl, Betsy (Ted) Crane, and great-grandchildren Harmony and Henry Hasenoehrl; sister Carol Judge; sister-in-law Beth Dayton (Rennie), numerous nieces, nephews and their children and grandchildren. His many relatives and friends mourn his loss and will never forget him. A private family gathering will be held later. Please sign the guest book and leave condolences at www.westfordfuneralhome.com.

Born in Bellingham to Eugene and Jane Warwick on February 10, 1935, Herb left this life on July 14, 2020. Although his mother passed away upon his birth, he remained in the family when he was adopted by Aunt Katherine &#8220;Babe&#8221; and... View Obituary & Service Information

The family of Herbert B. Cole created this Life Tributes page to make it easy to share your memories.

Born in Bellingham to Eugene and Jane Warwick on February 10,...