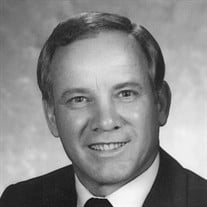 Harold George Heiner was born October 27, 1938, and passed away on October 17, 2015. As the first child of Gerald (Jerry) Burton Heiner and Georgia Mae Frey. He was joined by Bruce Lloyd, formally of Bow, Washington, Donald Burton of Hudson, New Hampshire and Linda Kaer, formally of Blanding, Utah. The Heiner family lived alternately between Blanchard, Washington and Bow Hill just off what was then known as “Tobacco Road”. These days the names reflect the changing times. Bow Hill has become Skagit Heights while Tobacco Road is now known as Wood Road. Jerry sustained the family over the years working as a mechanic and a logger. When Harold was 15 years old he left home to live with Clarence and Eileen Summers on their dairy farm near Edison, Washington. He worked as a milker until June 20, 1956 when he was enlisted in the Marine Corps until his discharge April 1, 1959. He then found employment as a machine operator at Skagit Steel and Iron Works in Sedro-Woolley, Washington. He observed an apparent relationship between education and training and the success of the workers. Mr. Heiner completed an apprenticeship and became a journeyman machinist. He soon found his way to Skagit Valley Community College and embarked on a personal quest to earn a college degree. That quest was to become a life-long passion for higher education that would be felt by many students throughout the world. His personal pursuit soon developed tentacles which eventually reached worldwide as he recruited students from around the globe. Dr. Heiner graduated from Skagit Valley Community College with an Associate Degree. That achievement was followed with a B. A. Ed from Western Washington State College, a M.S. degree in Psychology from Washington State University and a Ph.D. from the University of Washington. Dr. Heiner began his 40 year professional career as a teacher, counselor and administrator at Skagit Valley Community College – including 30 years at Whatcom Community College, with 23 of those years as the College President. He is credited with providing the leadership which transformed Whatcom from a college without walls to one of the most attractive and effective colleges in Washington State. His great passion for education is reflected in the lives of the thousands of students who studied at the college, as well as the honor bestowed by the trustees in naming the college library/theater building, the “Heiner Center” in his honor as well as conferring the title of President Emeritus on him at his retirement. Dr. Heiner was blessed with a large family including 6 children, 45 grandchildren and 10 great-grandchildren. He is a member of the Church of Jesus Christ of Latter Day Saints and was a long-time member of the Bellingham Rotary Club. Harold leaves behind a large and loving family including six children and numerous grandchildren, great-grandchildren, siblings, many nephews and nieces and cousins. His children consist of Darrell and wife Laura of Mt. Vernon, Lisa and husband Richard of Burlington, Scott and wife Stacie of Sedro Woolley, Dena, and husband Ed, of Everson, Jason, and wife Stormy of Bellingham, and Emily, of Bellingham. Harold was preceded in death by his parents Gerald and Georgia Heiner, Brother Bruce, sister Linda Kaer, and 2 great-grandchildren Angel Elzey and Porter Nelson. Memorial contributions are encouraged. Please make contributions to the Heiner Scholarship Fund, c/o the WCC Foundation, WCC, 237 W. Kellogg Rd., Bellingham, WA 98226. A memorial service will he be held at the Heiner Center at Whatcom Community College at 2 PM on Tuesday, October 27th.

Harold George Heiner was born October 27, 1938, and passed away on October 17, 2015. As the first child of Gerald (Jerry) Burton Heiner and Georgia Mae Frey. He was joined by Bruce Lloyd, formally of Bow, Washington, Donald Burton of Hudson,... View Obituary & Service Information

The family of Harold George Heiner created this Life Tributes page to make it easy to share your memories.