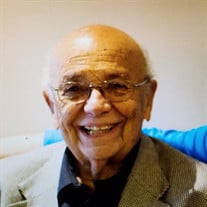 Gregory Thomas Francis Pitsch, Sr., age 85, passed away peacefully at home in Bellingham, surrounded by his wife and seven children, on Tuesday, April 16, 2019. He was born in Los Angeles, CA on December 20, 1933. Greg, his mother Beatrice, and his sister Pat faced a difficult time making ends meet during the Great Depression in Los Angeles due to the constant unemployment of the husband, Anthony Nunamaker. Beatrice decided to move to her mother's hometown of Bellingham, WA. They were welcomed into the home of her parents where they remained until 1945 when, after her first marriage ended in divorce, she was married to Francis "Frank" Pitsch. Frank moved the family to Richmond, CA where he was employed in the fish processing industry. While living in the Bay Area, Greg attended St. Joseph's Academy in Berkeley, CA. Three years later (1948) the family moved back to Bellingham where Greg graduated from Bellingham High School in 1952. During the Korean War Greg enlisted in the U.S. Air Force. He was stationed at three bases before he was able to complete his four year enlistment at McClellan A.F.B., CA, where he worked as an aircraft mechanic. While stationed in California, he met and married his wife of 64 years, Joyce Elaine Holton Pitsch. They were married at the Base Chapel, and two of their seven children were born at the Base Hospital. After his discharge from the Air Force, Greg worked at the Shell Oil Refinery for three years before attending Western Washington College of Education to obtain a teaching degree. Upon graduation in 1963, he started his teaching career at Roeder Elementary. He was then moved to Bellingham High School where he was chairman of the Special Education Program. He also coached baseball and wrestling. He later returned to Western where he added psychology to his teaching resume and he taught that subject at BHS. He taught at BHS for 25 years. He retired from public school teaching in 1990. He continued teaching psychology for four more years at Whatcom Community College. Greg also had spent his summers and evenings at Western where he trained teachers who were seeking certification in special education, and at WCC where he taught psychology. Greg was an active member of Assumption Church. He was a Eucharistic Minister, and he served two terms as a member of the Parish Council. He taught religious education classes, and he tutored after school at the Assumption School. Greg was also a long-time member of National Education Association and the Bellingham Education Association where he served more than a few years as an officer. Greg was always active athletically. He was one of the pioneer members of the Slo-Pitch League in which he played until he was 50 years old. He was an active runner and competed in many of the local running events in the Puget Sound area. He was most proud of the fact that he was a daily lap swimmer at the Bellingham Athletic Club where he would swim a half mile a day. Greg is survived by his wife, Joyce, and his seven children: Gregory Jr. (Wendy), Patrick (Julie), Timothy, Anne (Tim Bender), Mary, Francis (Melissa) and Elizabeth (Todd Traversy). He is also survived by 21 grandchildren and 11 great-grandchildren. Mass of Christian Burial will be held at Church of the Assumption on Friday, May 3rd at 10:30 AM. Reception following at the church. Committal following at 2 PM at Greenacres Memorial Park. Memorials in Greg’s name may be made to Whatcom Hospice. You may share memories with the family at www.westfordfuneralhome.com.

Gregory Thomas Francis Pitsch, Sr., age 85, passed away peacefully at home in Bellingham, surrounded by his wife and seven children, on Tuesday, April 16, 2019. He was born in Los Angeles, CA on December 20, 1933. Greg, his mother Beatrice,... View Obituary & Service Information

The family of Gregory Thomas Francis Pitsch Sr created this Life Tributes page to make it easy to share your memories.