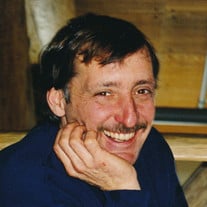 Gregory Gene Aarstol, 59, of Everson, WA unexpectedly went to be with our Lord in Heaven on Sunday July 5, 2015. He passed peacefully in his sleep at home. Greg was born June 17, 1956 to Gene and Micki (Wilson) Aarstol in Bellingham, WA. Greg will be infinitely missed by his wife Cindy Larsen; parents Gene and Micki; sisters Sherri Aarstol-Grucia and Lori Aarstol; daughter Jacquie (Mike) Aaron, step-children Chrissy (Matt) Monaghan and Bryan (Chelsi) Eastwood; grandchildren Tristan, Ellie, Jaydan and Brody; as well as numerous aunts, uncles, nephews and cousins. He was preceded in death by his brother Chris Aarstol. Greg was a loving and devoted husband, father, son, brother, and grandfather. As a lifetime Whatcom County resident Greg graduated from Mt. Baker High School in 1975. He was active in cross country running, track, skiing, and wrestling. After high school Greg joined the Army. As a Corporal he served as a truck vehicle mechanic. Greg was fond of reminiscing about his days stationed in Germany when he would spend most of his free time skiing in the mountains. Upon completing his time with the Army Greg went on to fish commercially in Alaska for salmon and herring. When Greg was blessed with a daughter, Jacquie, he returned to Whatcom County to raise her. As a single father Greg sought out a way to give his daughter the best life possible. He joined the IBEW Local 191 apprenticeship and became a Journeyman Inside Wireman. In the spring of 1999 Greg married his lifelong friend Cindy Larsen near their home in Everson. The two had grown up on adjoining farms, and settled down on Cindy's family Howem homestead. They began their journey together by building a new family. In the year 2000 Greg built a beautiful home for Cindy with help from his family and friends. Greg was a loving parent to Cindy’s children, Bryan and Chrissy. Their family soon expanded to include four grandchildren. Greg was exceptionally generous, always known for his catching smile and he was easy to love. He was a family man, whose actions showed how much he loved them. Greg was completely and solely devoted to Cindy. They loved to travel to tropical locations. As a couple they shared a love for the beach, swimming and snorkeling. Greg had a talented green thumb. He loved to keep a beautiful yard, and was usually found gardening in his spare time. He also loved spending time on the water fishing, crabbing and catching shrimp for Cindy. Greg loved to participate in fishing derbies, using his special fishing spot nicknamed by his friends “Greg’s Hole.” Even though he worked long hours and often had long commutes, Greg loved to have his family around him as much as possible, barbecuing and eating ice cream. He was notorious for wearing Hawaiian shirts. Greg was a loyal Seahawks, and Mariners fan as well as a fan of NASCAR. He had a kind heart and loved animals, especially his two beautiful dogs, Abby and Zeba. Greg truly was a loyal friend to anyone who knew him and he was quick to lend a hand whenever needed. He would arrive with that “catching smile” and wouldn’t stop until the work was done. Greg enjoyed his work as an electrician, and was appreciated by his co-workers for his humor and fun loving personality. Memorial contributions may be made to the American Heart Association, P.O. Box 742030, Los Angeles, CA 90074-2030 or to The Lupus Foundation of America, 2000 L Street NW, Suite 410, Washington, DC 20036-4916 A visitation will be held Sunday, July 12th from 2:00 p.m. to 5:00 p.m. at Westford Funeral Home. A funeral service will be 11:00 a.m. Monday, July 13th at Nooksack Valley Christ Community Church, 109 3rd St., Everson, WA followed by a burial with military honors at Enterprise Cemetery at 2:30 p.m.

Gregory Gene Aarstol, 59, of Everson, WA unexpectedly went to be with our Lord in Heaven on Sunday July 5, 2015. He passed peacefully in his sleep at home. Greg was born June 17, 1956 to Gene and Micki (Wilson) Aarstol in Bellingham, WA. Greg... View Obituary & Service Information

The family of Gregory Gene Aarstol created this Life Tributes page to make it easy to share your memories.