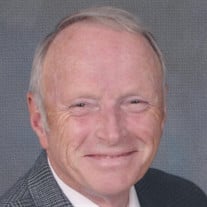 Gary Douglas Pettigrew, age 75, died peacefully at home on September 10, 2021. Gary was born in Bellingham, WA on May 8, 1946, on his brother’s birthday. Gary grew up with one foot in Bellingham and one in Acme where he spent much time with his Grandmother Naomi Galbraith Pettigrew and his Galbraith cousins. In Bellingham he loved spending time at his Grandfather Erving Easton’s jewelry store after school as well as learning all about boating from him, just one of his lifelong loves. Gary attended Bellingham schools, graduating from BHS in 1964. He attended Bellingham Technical College and worked in logging before joining the US Army and spending a year in Viet Nam. After his return from overseas he began his 34-year career in telecommunications. Over the years with PNB, USWest, Qwest and Century Link he continued learning new skills, always signing up for classes that were offered him by the company. After his retirement from Century Link he worked for the Whatcom County Parks Department at Hovander Park briefly and then at the Plantation Rifle Range for several years which was a perfect fit for him as it was the place where he became a skilled marksman as a teenager and target shooting became a lifelong hobby. Gary was also an Amateur Radio Operator for most of his adult life and also enjoyed fishing. The most important thing to Gary was his family. He met the love of his life, Linda, in 1970 and they married in November of 1972. In 1976 and 1978 they were blessed with two daughters and began a life of love and fun and making so many great family memories vacationing and camping. He was a very hands-on Father, going to recitals, soccer games, 4H events, etc. In 2013 they welcomed a Grandson into their lives. Quinn was a joy to Gary in the face of Gary’s illness. Gary and Linda also enjoyed traveling, including cruises to Alaska, trips to Israel, England, Italy and Ireland, and a Panama Canal cruise. Gary will always be remembered for his kindness and caring for others, especially those with special needs, his big smile and friendliness to others -he never met a stranger and his immense love for his family. He leaves behind his wife, Linda, his daughters, Julie and Kelly (Steve Murray) Pettigrew, his grandson, Quinn, his niece, Leigh Alexander and nephew, Clay Davis. The family wishes to offer many thanks to Whatcom Hospice for the loving care that Gary received from them and also to the Whatcom Fire and Rescue EMTs who came and gently and cheerfully helped us when Gary fell many, many times. Services will be held on Wednesday, September 22 at Our Saviour’s Lutheran Church at 11am. In lieu of flowers, donations may be made to Our Saviour’s Lutheran Church, 1720 Harris Ave., Bellingham, WA 98225. You may share memories with the family at www.westfordfuneralhome.com.

Gary Douglas Pettigrew, age 75, died peacefully at home on September 10, 2021. Gary was born in Bellingham, WA on May 8, 1946, on his brother&#8217;s birthday. Gary grew up with one foot in Bellingham and one in Acme where he spent much time... View Obituary & Service Information

The family of Gary Douglas Pettigrew created this Life Tributes page to make it easy to share your memories.