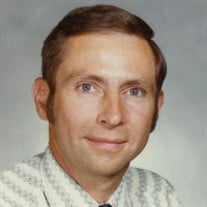 Frederic Joseph LaFreniere, 95, passed away on Monday, April 4, 2022 in Blaine, Washington. He was born in Fort Frances, Ontario, on November 9, 1926, to Joseph Frederic and Velda Mary (Haskell) LaFreniere. Fred was an avid and lucky fisherman. He faithfully attended St. Joseph Catholic Church in Ferndale and enjoyed playing cards with anyone man enough to think they could stand a chance against him. He was preceded in death by his parents; his sister, Bertha LaFreniere; and two brothers, Henry and Hector LaFreniere. Fred served in the U.S. Army during the Korean Conflict and then attended Western Washington College of Education (now known as Western Washington University). While at Western, he met Beverly Ann Rhinehart; the two were married on June 19, 1954. Following graduation in 1956, Fred moved his little family to the south end of Whidbey Island where he taught math at Langley High School. On Whidbey, Fred realized a couple of his lifelong dreams: building his own house, and raising cows. Fred and Bev were both involved in a number of community activities as the kids were growing up, which included for Fred a stint as Scoutmaster of Boy Scout Troop 57. The family stayed on Whidbey as Fred commuted to the mainland for work, first with Boeing in Renton and Everett, then again as a math teacher at Lynnwood Jr. High School in Edmonds. After retiring from teaching, Fred joined two of his brothers at L&L Glass in Bellingham, then in Everson. To round out his working career, Fred worked for three years at Zodiac Airline Cabin Interiors. After his final retirement, Fred and Bev became snow birds, migrating to sunny Arizona for winters and spending summers with family in Washington. Fred is survived by his wife of 67 years, Bev LaFreniere; daughter, Sue (Harold) Cook; sons, Bill, Mike (Cathy), Vernon, and Fred (Renee); eight grandchildren, seven great-grandchildren; brothers, Mort (Irene) and Maurice; and a host of extended loving family and friends. A Mass of Christian Burial will be held on Friday, May 6th at 11:00am at Saint Joseph Catholic Church (5781 Hendrickson Ave, Ferndale) followed by a graveside committal at Bayview Cemetery in Bellingham. Reception to follow at Westford Funeral Home. In lieu of flowers, memorial donations may be made to the American Heart Association. https://www.heart.org/?form=FUNELYZXFBW&s_src=22U5W1AEMG&s_subsrc=evg_sem&gclid=CjwKCAjw9LSSBhBsEiwAKtf0n66DhnXH8FK9CogwJ9r2kFoAD1Kg7cAXq3ATfIBM7jGR0UIpoXwNLBoCy_kQAvD_BwE&gclsrc=aw.ds

Frederic Joseph LaFreniere, 95, passed away on Monday, April 4, 2022 in Blaine, Washington. He was born in Fort Frances, Ontario, on November 9, 1926, to Joseph Frederic and Velda Mary (Haskell) LaFreniere. Fred was an avid and lucky fisherman.... View Obituary & Service Information

The family of Frederic Joseph LaFreniere created this Life Tributes page to make it easy to share your memories.