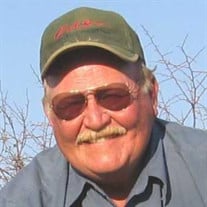 Midday February 24, 2021, Francis Lynn Baker P.E., husband, father, and grandfather aged 82 passed away peacefully at home (Glacier, WA) after prolonged illness in the loving company of his devoted wife and a dear friend. Lynn was born at St. Francis Hospital, Breckenridge, Minnesota, to Ann Barbara (Roth) and Gordon Wesley Baker of Belfield, North Dakota. The tight-knit family moved to Renton (Highlands area) where he developed lifelong friendships at St. Anthony School, then Renton High School (class of 1956). His natural abilities and passion for target sports began early (Boy Scouts shooting team). Some youthful summers were spent cowboying at a family farm (North Dakota), and he learned to operate heavy equipment under the watchful eye of his father on major projects (road, airport runways). Lynn had a memorable though short opportunity to play football during early college days. Lynn’s outstanding 40+ year technical career began as a draftsman trainee at Boeing (Renton), next as a mechanical designer for Sperry Corporation (Salt Lake City, Los Angeles). He returned to Boeing in Seattle (working on B-52’s, the SST engine, and “chicken gun”). During this period he served a full term in the Army Reserve operating tanks and large artillery (through 1962). While working full-time at Boeing he earned his BS (mechanical engineering) at University of Washington. Upon graduation in 1971 he was employed by Georgia-Pacific in Bellingham (he became a Washington P.E. in 1975). Project work at the mill honed his skills as operations expanded and diversified (boilers, pressure vessels, piping, rotating equipment). He helped establish the first credit union for workers in local industry. He built a home on the outskirts of Bellingham and had a well-rounded social and sports life. Lynn moved from G-P to Hallanger Engineers Div. Davy McKee (1983, Bellingham) where he became a principal and corporate officer when the team transitioned to independence as Christenson Engineering Inc. (later VECO, and then CH2M’s Bellingham office). As a consultant his range of work expanded to project management and department supervision while practicing mechanical engineering and the design of plants, refineries, mills, and test facilities for petroleum, chemical, and pulp and paper industries. He was a technical specialist for pressure vessels, rotating equipment, tankage, pipelines, materials handling, materials selection, corrosion control, refractory, insulation, heavy lift rigging, welding, safety, equipment maintenance and heat exchangers. Many projects involved significant travel (north slope Alaska, Italy, Abu Dhabi, to name but a few), yet he found time to mentor. Lynn’s retirement in 2014 was well-deserved. He had been an ASME (American Society of Mechanical Engineers) member for decades and affiliated with NFPA (National Fire Protection Association) and ASTM (American Society for Testing and Materials). During his career Lynn was licensed as a professional engineer in many states, principally Washington, California, and Alaska but also North Dakota, Wyoming, and Texas (whatever a project required). Lynn had many personal interests. His passion for target sports and ballistics was renowned (“Lynn was a champion in many ways, including shooting.”) He was an active member of Bellingham Gun Club and PITA (Pacific International Trapshooting Association), and he won numerous competitions and awards spanning decades. Lynn’s 2006 safari in Namibia was the zenith of his hunting trips. He was a lifelong student of history (Napoleonic era, Civil War, WWII) which was reflected in his reading appetite (C.S. Forester’s Hornblower books, Bruce Catton, Tom Clancy, Stephen King, Clive Cussler). In 1993 he and two co-workers at Christenson Engineering handily beat a team of WWU professors in a spelling bee fund-raiser for the Literacy Council. Lynn threw darts, he bowled, and he was a golfing member of Bellingham Golf and Country Club. With a smile, “glass always half full,” and (to cite a dear friend) “a gift of talk,” this was a life lived well. Lynn was preceded in death by his parents. He is survived by his wife Deborah Ellen Baker (m. 1993), his son Brian Edward Baker and wife Marie Saul (Everson), granddaughter Laurie DeeAnn Baker (Bellingham), brother Marion Lee Baker and wife Judy (Young) Baker (Renton). A memorial will be held at a later date. View full obituary and share memories at www.westfordfuneralhome.com.

The family of Francis Lynn Baker created this Life Tributes page to make it easy to share your memories.