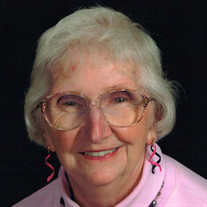 Elizabeth Ann Quinn Chapin, more commonly known as Betty or Betty Ann, was born on March 31, 1935 to Clarence Joseph and Beatrice LaVerne Stevens Quinn, in their family home in DeGraff, Minnesota. At the time of her birth, she had four older brothers: Harold, Joe, Pat, and Mike. She also had one older sister, Mary Evelyn. Two years later, along came her little brother, Pete. Betty lived in the same family home and went to school at DeGraff Elementary School from 1st to 8th grade. She repeated the 1st grade because she was really sick from pneumonia that year. Betty grew up with no telephone, TV, or electricity, so she became very close with her brothers and sister because they had to talk to each other and work on the farm together. They would help their dad practice playing 45, a card game that the DeGraff men played against the men from Morris. The winners would receive a trophy of a “Little Brown Jug.” They also enjoyed roller skating in Benson and playing outdoor games like hide-and-seek and baseball. She never got spanked by her parents; the one and only spanking she ever received was from her sister’s boyfriend when she was in high school. He told her to never imitate someone else and to always be herself. Betty’s dad would never let any man swear in front of her, he would clear his throat and nod at his little girl standing beside him and make them apologize. She went to Murdock High School, but only went to school through the 11th grade. She got married at age 18 to Richard LeRoy Pauli on September 30, 1953 at Saint Bridget Catholic Church in De Graff, Minnesota. Together, they moved into Richard’s parents’ house closer in Murdock, Minnesota. Her only regret was not graduating from high school. Betty was very proud of the fact that Harold joined the US Army, Joseph joined the US Navy, Patrick was in the US Army and Michael in the US Air Force. With her oldest son Ronald joining the US Air Force and her grandson Benjamin joining the US Navy. Richard and Betty Ann had nine children, Ronald, Rebecca, Rita, Roger, Raymond, Ramona, Richard, Rudolph, and Rojean. After moving to Bellingham, WA, in 1965, Richard and Betty Ann separated in 1966. She married Vernon Chapin in 1968 and along came child number ten, Rhonda. If you are counting that makes five boys and five girls. Now she is called Betty not Betty Ann anymore. Ronald and Rebecca were born in Benson, Minnesota, Rita and Roger were born in St. Paul, Minnesota, Raymond and Ramona were both born in Glencoe, Minnesota, Richard was born in Chamberlain, South Dakota, Rudolph and Rojean were both born in Maysville, Kentucky and Rhonda was born at St. Luke’s Hospital in Bellingham, the same hospital as her dad Vernon. Later Vernon adopted all nine of the children and raised them as his own and they took his name. Growing up in DeGraff, Minnesota being Irish wasn’t just something it was the only thing. There were only two kinds of people— “the Irish and those who wished they were Irish.” After being married Betty lived in Benson, Minnesota for a while and then moved to the West Saint Paul, and South St. Paul. She worked as a bartender in Winsted, Minnesota, working as a fill in for the bartender that was in the hospital. One guy made a pass at her and she put him in his place. It was only for a few days. After coming out West to Bellingham, she worked as a CNA in nursing homes. She needed to as she was a single mom of nine children. She would work the grave yard shift and had an 18 year old girl who needed a place to stay, move in and stay with the children at home while she was at work. Betty was a very giving and caring person, she would help anyone even taking people into her home if they needed a place to live. She was very active at Sacred Heart Church, being on the Social Concerns committee, helping out with the Potpourri of Art show for many years and worked numerous weddings and funerals. Betty was the youngest girl and the second to the youngest of seven. If she was gonna describe herself she would say: “If I know something I know, I know it and it would have to be proven if I was wrong, and I’m bossy.” Betty is preceded in death by her parents, Clarence and Beatrice Quinn; her brothers Harold, Joseph, Patrick, and Mike; her sister Mary Evelyn; her children, Roger and Rita; daughter-in-law Fran Chapin and her husband, Vernon. Betty is survived by: her children and their spouses, Ronald Chapin, Rebecca (Bob) Jordan, Raymond (Donna) Chapin, Ramona (Dennis) Steele, Richard (Freida) Chapin, Rudolph (Liz) Chapin, Rojean (Denny) Hughes, and Rhonda Chapin; her brother Pete Quinn; her 16 grandchildren: Allison, Amanda, Amilia, Ashley, Ben, Brandon, Brian, DJ, Emily, Evan, Jeremy, Jocelyn, Katie, Michelle, Nicole, and Sammi; her 11 great-grandchildren; her nieces and nephews; and her family at Sacred Heart Church.

Elizabeth Ann Quinn Chapin, more commonly known as Betty or Betty Ann, was born on March 31, 1935 to Clarence Joseph and Beatrice LaVerne Stevens Quinn, in their family home in DeGraff, Minnesota. At the time of her birth, she had four older... View Obituary & Service Information

The family of Elizabeth "Betty" Ann Chapin created this Life Tributes page to make it easy to share your memories.