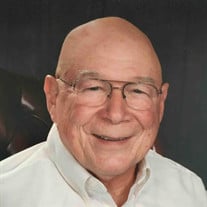 “A child of the Universe no less than the trees and the stars…” Desiderata Desired Things by Max Ehrmann 1927. Dennis Royse Bohrer, eldest son of E. Royce Bohrer, MD and Lois Wood Bohrer of Jefferson City, Missouri, died at home, Thursday, December 22, 2016. Dennis, very early in his life discovered the magic of the natural world. He spent untold hours in the woods behind his home and often stated that the best gift his mother gave him was her faith in his ability to forge an independent life. The crowning achievement of his childhood, his induction into the BSA Order of the Arrow, reflected Dennis’s transformation from a child of nature to a man of integrity and skill. It was on this foundation that Dennis built his life. A natural engineer, Dennis served in the Navy as a Nuclear Power Plant Operator on the USSBN Stonewall Jackson playing the dangerous game of Hide and Seek with Soviet submarines in the Northern Pacific. With his honorable discharge from the Navy, Dennis returned to his first love, Nature, obtaining a degree in Geology from the UW and joining the prestigious Scripps Institute of Oceanography, Deep Sea Drilling Project, traveling the world on the history-making research ship, the Glomar Challenger. In 1982, Dennis left Scripps with Gail, his wife and partner of seven years, determined to create a life that fully reflected their shared desire to live purposefully in an environment of stunning natural beauty. For the next thirty-four years, Dennis indulged his passions for the natural world utilizing his engineering skills to build an award winning canoe and an Adirondack Guide Boat to travel the rivers and streams of Washington and Canada and camping in the teepee he and Gail built together. Dennis’s love of nature and his engineering skills led to an equally consuming interest in pioneer skills. He became an expert at restoring guns including historical long rifles. He took special pride in his restoration of a Parker shotgun. As he became recognized in the community for his skills, he expanded his restoration work to include period navigational and optical equipment. He became known for his ability to restore virtually anything from books to historical equipment of any kind. When faced with a new restoration challenge, he simply opened a new file, researched the item until he became an authority and its history become a part of his vast knowledge of the many items he returned to usefulness. He became a community resource. Dennis’s involvement in the community grew to include working for the Whatcom County Parks at the Plantation Rifle Range; membership in the Mount Baker Long Rifles and the Whatcom Maritime Society. He was a founding member of the Wooden Canoe Heritage Association Northwest Chapter and a dedicated member of the Bellingham Pipe Band. Dennis, kilts swinging, graced many parades, piping many couples into their marriage and honoring many veterans at memorials and funerals. And all of this he did while working as a Science Technician at WWU generously helping students design and make paraphernalia for their experiments and running Bohrer’s Microscope Repair from his home. In spite of a diagnosis of heart disease at the age of thirty-five, Dennis was a fine athlete summiting Mt. Rainier when Neil Armstrong took his first step on the moon. He was a keen bicyclist competing in both touring and track racing, and of course, building his own bikes—even making the wheels. As his life became smaller because of the advancing disease, Dennis continued to explore and appreciate this beautiful world he and Gail chose, making their usual treks to the Skagit Valley to see the birds and watching the sun dapple the water on the Bellingham Bay from their front window. Dennis leaves behind Gail, his wife of forty-two years, his sister Sarah Jane Warnken and family of Georgia, brother, Thomas Bohrer and family of California, brother-in-law Johannes Schokker and family of New York, best friend Jamie Harrington of Bellingham, beloved dog Reggie of the family home and a community that is a bit smaller without him. A Service of Remembrance will be held at Westford Funeral Home on Tuesday, January 17th at 11 AM followed by a reception across the street at Broadway Hall. The Rev. Jonathan Weldon will be officiating. You may share memories with the family at www.westfordfuneralhome.com.

&#8220;A child of the Universe no less than the trees and the stars&#8230;&#8221; Desiderata Desired Things by Max Ehrmann 1927. Dennis Royse Bohrer, eldest son of E. Royce Bohrer, MD and Lois Wood Bohrer of Jefferson City, Missouri, died at... View Obituary & Service Information

The family of Dennis R. Bohrer created this Life Tributes page to make it easy to share your memories.

“A child of the Universe no less than the trees and the stars…”...