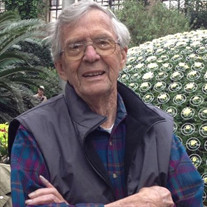 David passed peacefully away after a series of setbacks on Tuesday, June 23, 2015 at the wonderful Whatcom Hospice Center. Many of his large family and other members of his extensive fan club surrounded him. Almost 86 years old, David led an amazing life. Born in Lac qui Parle, Minnesota the youngest of five brothers, he was raised by his beloved mother Isabelle, who believed in her sons above all else. The family came to Bellingham in 1940 and Yew Street Road was never the same. Fourth cousin of the Queen of Norway, heritage was important to David. “Uff-Da” was an often-heard phrase and potatoes were hoped for at every meal. Raised poor and resourceful, he served his country in the Korean War and put himself through Los Angeles State College while working full time and raising a young family. He loved the fresh oranges and avocados that grew in his backyard, but missed the great Northwest and headed home with his two small boys, Butch and Rod, and poodle Pierre in 1962. Then things really got exciting. After returning to Bellingham and starting his Roadrunner Construction Company, he married his wife of 50 years Joan King. Together they built a home on Lake Samish, raised a pack of kids, had wonderful parties with great friends, and made a life well lived. Magical weekends were spent in Deer Harbor on Orcas Island, fishing, crabbing, and digging for clams or oysters. David loved to hunt and fish, and to do a job quickly. He could make a mean taco, pulled many an errant teenager out of a ditch with his pickup, and made beautiful wooden cradles for countless babies. He had many talents, a huge heart, and a short temper – he was a tough old bird. Husband, Dad, Grandfather, Brother, Uncle, Neighbor and Friend; those were the titles that mattered to David. He was the happiest when sitting on the deck with the grandchildren he was so proud of in the lake, a kitchen full of laughter behind him and an “Ordinary” in his hand. He and his Joanie shared many adventures traveling throughout the world, often in the company of Joan’s siblings and their spouses. He is survived by his beloved wife, seven children: Butch, Rod, Mitch, Kelly, Jennifer, David and Chris, his 11 grandchildren, and loyal pal Pete. We are all going to miss him more than we can say. The family is planning a celebration of David’s long and wonderful life in August. We would like to thank all the wonderful caregivers and friends who helped David in the last few years – you made all of our lives so much richer.

David passed peacefully away after a series of setbacks on Tuesday, June 23, 2015 at the wonderful Whatcom Hospice Center. Many of his large family and other members of his extensive fan club surrounded him. Almost 86 years old, David led an... View Obituary & Service Information

The family of David Delmont Peterson created this Life Tributes page to make it easy to share your memories.

David passed peacefully away after a series of setbacks on Tuesday,...