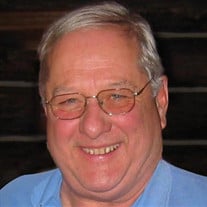 David was born in Rockport, Massachusetts to Catherine and Ford Martin. In his youth he developed a passion for the outdoors, hunting, boating and sports that followed him through his entire life. He attended McGill University where he was part of the McGill Redman football team that won the Canadian football national championship in 1960. After college he joined the U.S. Navy where he served as a gunnery officer on the USS Hamner during the Vietnam War. While David was stationed in Seattle, he met Penny Pettit, whom he married. Following the Navy he attended Wharton School of the University of Pennsylvania where he earned a master’s degree. After business school David and Penny relocated to the northwest settling in Medina. David had a long, broad and successful career that started off with him as a management consultant for Touche Ross. After leaving Touche Ross he spent several years as a business broker, business consultant and GM of local companies. He was active with the Bellevue Rotary, Seattle Tennis Club and Medina City Hall. David stayed active by running, tennis, skiing, fishing, hunting and golfing. But the love of his life was cruising on the Brently, a 30 ft. Bertram. He took the Brently from Florida to the Great Lakes on the inland coastal waterway, around Vancouver Island, the Gulf Islands and Desolation Sound. In his later years David became a scholar of military history focusing on the Civil War and World War II. He is survived by his wife of 53 years, Penny, son Brent Martin, son Colin (wife Jennifer) Martin and their children Annabelle and Ford, and many loving relatives and friends. David was well known for his sense of humor, loyal friendship and unconditional love for his family, relatives and friends. Remembrances may be sent to “Alpha Supported Living Services,” 16030 Juanita Woodinville Way NE, Bothell, WA 98011. These remembrances go to help support the group home where his son Brent has lived for the last several years. A celebration of David’s Life will be held at the Seattle Tennis Club on Thursday, January 12, at 4:00 pm. You may share memories with the family at www.westfordfuneralhome.com.

David was born in Rockport, Massachusetts to Catherine and Ford Martin. In his youth he developed a passion for the outdoors, hunting, boating and sports that followed him through his entire life. He attended McGill University where he was... View Obituary & Service Information

The family of David Edwin Martin created this Life Tributes page to make it easy to share your memories.

David was born in Rockport, Massachusetts to Catherine and Ford...