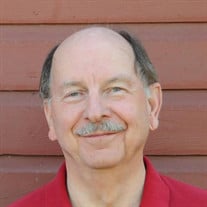 David Lee Enertson, lifelong resident of Whatcom County, unexpectantly passed away of a heart attack on May 30, 2019. David was born April 30, 1942 in Bellingham Washington to Leo and Dorothy Enertson. Dave graduated from Meridian High School in 1960 where he was active as a drum major. David spent many years as a meat cutter at Kratzigs, A&P Meat Department as well as Claus Meats. In the early 70’s Dave began managing a hotel and restaurant supply company called Larry’s Frozen Foods. Here David learned that his gift for gab allowed him to be very successful as a salesperson. He went on to work for Cascade Natural Gas as a salesperson, retiring in 2004 after 23 years of service. David was married to his wife Jo Anne for 42 to years and the two of them found many adventures together. Early in their marriage they found a lot of fun taking trips on a motorcycle around the Pacific Northwest. Dave and Jo both had a love of travel so Dave got his pilot’s license and Jo became a travel agent. Dave and Jo spent many evenings and weekends on flying adventures down the west coast and through the San Juan Islands in their 4-seat airplane. With Jo’s knowledge of the travel industry they took wonderful trips around the world including destinations in Europe, Russia, Asia, as well as many cruises together. He leaves behind a legacy of always praying for people, his larger than life smile, and his complimenting spirit. He never knew a stranger and always wanted to make connections wherever he went. He also leaves us a legacy of loving his wife to the fullest. Dave is survived by his wife JoAnne Enertson, son David Enertson and daughter-in-law Treasa Enertson of Custer WA, grandsons Matthew and Zachary Enertson, Sister Gloria Fox and brother in law Alfred Fox of Fullerton CA. He leaves behind many nieces and nephews, family and friends that he dearly loved. He was preceded in death by his father Leo, Mother Dorothy, Brother Paul Enertson, Sister Shirley Enertson and Sister Lorraine Engholm. Services are being held on June 8, 2019 at 2pm at the Hillcrest Church, Bellingham, WA. Pastor Brady Bobbink officiating. If you wish to leave a donation in David’s name, please send it to Hillcrest Church 1400 Larrabee Avenue Bellingham,WA 98225 attn: Missions Team.

The family of David Lee Enertson created this Life Tributes page to make it easy to share your memories.