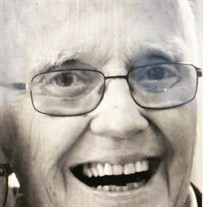 Cliff Zacharias, age 86, passed away on November 21, 2020 at home in Bellingham. He was born July 21, 1934 in Herbert, Saskatchewan, to John and Mary Zacharias, and was the youngest of six siblings. After the family moved to British Columbia Cliff mostly grew up in Vancouver, where he met the love of his life, Beverly A. MacDonald, and they were married on June 21, 1958 in Mission, BC. Cliff was a career pilot for the Royal Canadian Air Force. Flying was his central ambition and love, beginning with riding his bike at 7 years old to watch planes take off at the local airport. A member of the Canadian Air Cadets, on his 16th birthday he received his private pilot’s license, the youngest pilot in Canada at that time. A high point of his career was the opportunity to fly orphaned Cambodian and Vietnamese children out of Saigon during its fall in late April 1975. After his flying detail at the Canadian Forces Base in Trenton (Ontario), Cliff was offered a posting to the North American Aerospace Defense Command (NORAD) in Colorado Springs. One public relations duty he thoroughly enjoyed was tracking Santa Claus on Christmas Eve. After 30 years of military service, Cliff became a Commercial Real Estate agent, later attaining a Broker's license and eventually settling in Bellingham. He was an active member of SPAADS- Sabre Pilots Association of Air Division Squadrons. Cliff and Beverly enjoyed traveling, hosting dinner parties, and being members of Anglican and Episcopal churches where they lived. Cliff loved people, especially his reunion group from St. Paul’s. Generous of spirit, kind, loving, compassionate, the epitome of optimism and grace--his beaming smile conveyed the depth of his warmth and openness. He comforted those around him with encouragement, lack of judgment, and reminders to not sweat the small stuff: “the world will revolve at the same speed”. Cliff was preceded in death by his brothers Hank and Paul. He always felt that oldest brother Hank, also a pilot and who died in WW II, looked out for him his whole life. He is survived by his loving wife of 62 years, Beverly, three daughters, Gillian Zacharias of Seattle, Karen Zacharias of Bellingham and Lesley Zacharias (husband Joel) of Bellingham, grandsons William and Zaiden, brother Eric, sisters Marion and Laura, and many loving relatives and friends. A family celebration of life will be held at a later date.

Cliff Zacharias, age 86, passed away on November 21, 2020 at home in Bellingham. He was born July 21, 1934 in Herbert, Saskatchewan, to John and Mary Zacharias, and was the youngest of six siblings. After the family moved to British Columbia... View Obituary & Service Information

The family of Clifford J. Zacharias created this Life Tributes page to make it easy to share your memories.