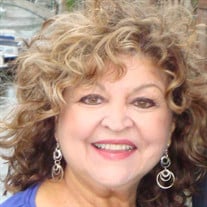 Cheryl Anne “Cherie” Webster, age 76, passed away in her Bellingham home surrounded by her loving family. She is survived by her husband of 39 years, Andy Webster; her children Carrie Webster and Michael (Nicole) Colovos; Andy’s daughters Amanda (Matt) Glenovich and Amy (Thad) Swanson; grandchildren Taylor Webster, Maximilian, Arlo, and Finn Colovos, Frankie Glenovich, Conner Swanson, and Harper Swanson. She is also survived by her brother, George Colovos, Jr. from Prineville, OR; sister Andrea (Glen) Crayley from Santa Fe, NM; and aunts Juana Chappen and Joan McDonnell from PA. She was born to George and Florence (Tomillo) Colovos, grew up in a large close knit family, graduated from Marywood Seminary High School, Scranton, PA, and entered the nursing program at Temple University at age 17. She graduated three years later from the RN program in 1965. Asked why she chose nursing, she said, “I grew up waiting on customers in my father’s restaurant; I decided that if I’m going to wait on people they’d better be sick.” She married young and together with her husband, a medical officer, and their three year old daughter, Carrie, were stationed at the US Air Force base in Madrid, Spain from 1969 to 1972. Cherie volunteered as a surgical nurse, putting her training to good use at the base hospital. Their son Michael was born in Madrid in 1970. They traveled extensively throughout Spain, enjoying the restaurants, tapas bars and “running of the bulls”. She added new friends to an already large and growing group that become her numerous dear lifelong friends. Back in the States they moved across the country to Portland, OR where she quickly earned the respect of staff at University of Oregon Medical School Hospital, and was asked to head a special research project. They moved to Bellingham in 1979 and divorced soon after. Cherie continued as an RN surgical nurse at St. Luke’s Hospital, where she loved the action and drama of surgery. Seeing an unfulfilled need for childcare for working mothers, her entrepreneurial spirit took over, and she started a babysitting company, “Sitting Pretty,” to help mothers balance work and kids. Drawing on her family’s background in restaurants, and travels in Europe, she began teaching evening cooking classes at a Fairhaven cookware store. She met her future husband and love of her life, Andy Webster, on a ski bus, and after a whirlwind courtship, they married. She skillfully combined the two families, with boundless and unconditional love. She made Andy’s daughters Amy and Amanda part of the family. As an entrepreneur Cherie started several women’s clothing businesses including Cherie’s, in the renovated Bellingham Hardware Building, Margaretta’s on the corner of Cornwall and Chestnut, and Blue Willi’s, in the Bellwether development. Ever the adventurer, Cherie earned her private pilot license in 1996. In 1999 Cherie and Andy moved to St. Thomas in the US Virgin Islands, along with Carrie and her daughter Taylor. They lived there for nine months before moving back and Cherie soon returned to the clothing business. Adventures continued with trips to the Bahamas, Madrid, Athens, Fiji and the Cook Islands. Both Andy and Cherie were scuba divers and enjoyed numerous diving experiences. Cherie was very active and involved in the Greek Orthodox Church and community. When St. Sophia Church burned in 1987, Cherie was instrumental in raising funds to rebuild the church and helped start the annual Greek festival. She was a gracious hostess who loved entertaining family and friends at her home. In recent years Cherie developed her talent for art. Her paintings can be found in a number of homes in Bellingham. She was loved dearly by her family and friends. She was a wonderful wife, mother and grandmother. A trisagion prayer service will be held Tuesday, November 23rd at 7 PM at Westford Funeral Home. A funeral service will be held at St. Sophia Greek Orthodox Church on Wednesday, November 24th at 10 AM. Burial following at Bayview Cemetery, followed by a reception at the church. Memorials may be made in her honor to St. Sophia or to Whatcom Hospice Foundation. You may share memories with the family at www.westfordfuneralhome.com.

Cheryl Anne &#8220;Cherie&#8221; Webster, age 76, passed away in her Bellingham home surrounded by her loving family. She is survived by her husband of 39 years, Andy Webster; her children Carrie Webster and Michael (Nicole) Colovos; Andy&#8217;s... View Obituary & Service Information

The family of Cheryl Anne Webster created this Life Tributes page to make it easy to share your memories.

Cheryl Anne “Cherie” Webster, age 76, passed away in her Bellingham...